Volos will visit Theodoros Kolokotronis Stadium on Saturday for the Super League fixture with home side Asteras Tripolis.

Asteras Tripolis will be looking for another win after a 1-0 Super League triumph against OFI Crete.

Over their prior 6 fixtures, Milan Rastavac's Asteras Tripolis have hit the target 10 times which gives them an average number of goals scored per match equal to 1.67.

Volos come into this clash following a 3-1 Super League win as they beat Panathinaikos in their last match.

In that game, Volos managed 50% possession and 10 shots at goal with 5 on target. For Volos, the scorers were Tom van Weert (34', 76') and Nicolás Oroz (95'). On the other side, Panathinaikos got 12 attempts on goal with 7 on target. Sebastián Palacios (93') was the scorer for Panathinaikos.

Proving their bias toward action-packed encounters, goals have been celebrated 21 times in the prior six matches in which Volos have taken to the pitch, making it an average of 3.5 goals each meeting. Opposing teams have hit 12 of this grand total.

Checking on their most recent head to head meetings going back to 24/11/2019 shows that Asteras Tripolis have won 3 of these and Volos 1, with the tally of drawn results being 2.

A combined total of 11 goals were scored between them in these games, with 8 of them from The Yellow-Blue and 3 being from Volos. The average goals per game has been 1.83.

The last league game featuring the two was Super League match day 5 on 02/10/2021 and the score finished Volos 2-1 Asteras Tripolis.

On that occasion, Volos managed 45% possession and 6 shots on goal with 5 of them on target. The goalscorers were Tom van Weert (18') and Franco Ferrari (79').

For their opponents, Asteras Tripolis had 12 shots at goal with 7 of them on target. Kevin Soni (85') scored.

The Asteras Tripolis boss Milan Rastavac will be thankful to have no fitness concerns to speak of before this game with a fully healthy group available to choose from.

When taking all factors into account, Volos are likely to find the net against this Asteras Tripolis side, although that might not be as many as they’ll concede.

We think that it’s going to be both teams to score in a 2-1 victory for Asteras Tripolis at the end of the match. Looking forward to seeing how this one unfolds. 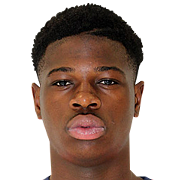 Mostly playing in the Striker position, Kevin Soni was born in Douala, Cameroon. After having made a senior debut playing for Girondins de Bordeaux in the 2015 - 2016 season, the talented Forward has scored a sum of 5 league goals in the Super League 2021 - 2022 campaign to date in a total of 14 appearances.

While we have made these predictions for Asteras Tripolis v Volos for this match preview with the best of intentions, no profits are guaranteed. Always gamble responsibly, and with what you can afford to lose. Good luck!