Return to this page a few days before the scheduled game when this expired prediction will be updated with our full preview and tips for the next match between these teams.
Full-Time Result Prediction for Aston Villa vs Watford
Draw
The Premier League meeting at Villa Park on Tuesday sees home team Aston Villa go up against opponents Watford.

Our feeling is that Watford and Aston Villa could both well score here although it’s hard to see a clear-cut winner. Let’s see how this one goes, but it looks this could be a draw. That’s why our selection here is for a very close game with a 1-1 score draw at full-time. To see all of our predictions, user poll & stats for Aston Villa v Watford, scroll down including the latest game odds. 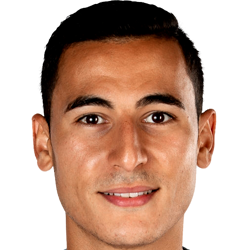 Mostly deployed in the Right Attacking Midfielder position, Anwar El Ghazi was born in Barendrecht, Netherlands. After having played his first senior match for Ajax in the 2014 - 2015 season, the goalscoring Midfielder has hit 4 league goals in this Premier League 2019 - 2020 season to date in a total of 19 appearances.

We have made these Aston Villa v Watford predictions for this match preview with the best intentions, but no profits are guaranteed. Please always gamble responsibly, only with money that you can afford to lose. Good luck if you do place a bet today.