Parma will be hosting the visiting Atalanta at Stadio Ennio Tardini in this Serie A tie on Sunday.

All Parma v Atalanta game predictions, stats and user poll are shown below - as well as up-to-date odds.

Parma won’t want a repeat of their last result here after a 1-0 Serie A defeat last time out to Torino.

It’s been all too rare in recent games where Parma haven’t conceded. The reality is that I Crociati have seen their defence breached in 6 of their previous 6 games, shipping 17 goals during that time.

Going into this game, the form guide shows that Parma:

In their last game, Atalanta drew 1-1 in the Serie A tie with Sassuolo.

In that match, Atalanta had 37% possession and 10 shots at goal with 8 on target. The only player to score for Atalanta was Robin Gosens (32'). On the other side, Sassuolo had 11 attempts on goal with 5 on target. Domenico Berardi (52') was the scorer for Sassuolo.

Over the course of their previous half-dozen clashes, Atalanta have amassed a tally of 14 goals. La Dea have also not failed to score on each one of those occasions. In that time, their defenders have had 6 goals scored by their opponents. Regardless, it remains to be seen whether the trend will be replicated in this next match or not.

Their previous form shows that Atalanta:

Delving into their past head to head meetings going back to 08/03/2015 shows that these fixtures have been pretty painful for Parma. They’ve not managed to get any wins at all whereas Atalanta have simply been better than them, finishing as winners in 83% of those matches played.

A total of 18 goals were produced between them throughout the course of those matches, with 2 of them for I Crociati and 16 being from La Dea. That is an average goals per game value of 3.

The previous league encounter between these sides was Serie A match day 16 on 06/01/2021 when it finished Atalanta 3-0 Parma.

For their opponents, Parma got 2 shots at goal with 0 on target.

The match was refereed by Juan Luca Sacchi.

Thanks to a fully injury-free squad to choose from, Atalanta boss Gian Gasperini has no fitness worries whatsoever coming into this game. Pierluigi Gollini is ineligible for this match because of suspension.

Our pre-match assessment is that Atalanta should see a lot of the ball and convert quite a few goal-scoring opportunities.

At the other end, Parma won’t find it easy to make a breakthrough but we do fancy them scoring here as well.

We can therefore see a pretty comfortable 1-3 win for Atalanta when the referee blows the final whistle. 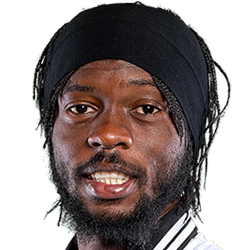 Normally taking to the field in the Left Wing position, Gervinho was born in Ányama, Ivory Coast. Having made a first senior appearance for Beveren in the 2005 - 2006 season, the accomplished Forward has managed to score 5 league goals in the Serie A 2020 - 2021 campaign so far from a total of 24 appearances.

We have made these Parma v Atalanta predictions for this match preview with the best intentions, but no profits are guaranteed. Please always gamble responsibly, only with money that you can afford to lose. Good luck with your selections.