The Serie A clash at Dacia Arena on Sunday will see home side Udinese playing against opponents Atalanta.

Udinese, buoyed by their previous result, will be hoping for more of the same after a 0-4 Serie A triumph over Cagliari.

Matches involving Udinese have usually been lively affairs recently with plenty of scoring being a real hallmark. Over their past half dozen clashes, a total of 22 goals have been recorded for both sides combined (at an average of 3.67 goals per game) with 14 of those belonging to Udinese.

Last time out, Atalanta drew 0-0 in the Serie A match with Genoa.

Proving their involvement in action-packed encounters, goals have been seen as many as 22 times in the previous 6 games in which Atalanta have sent out their troops, giving an average of 3.67 goals each clash. Opposing teams have hit 10 from this total. We will have to find out if that trend will be sustained into this next match.

Checking on their past head to head meetings stretching back to 29/04/2019 shows that these fixtures have not been kind to Udinese. They’ve not been able to register any wins whatsoever while Atalanta have remained in the ascendancy, running out winners in 67% of those matches played.

There were also plenty of goals scored in those games, 24 in total which averages out at 4 goals per meeting.

The last league contest between these clubs was Serie A match day 9 on 24/10/2021 and the score finished Atalanta 1-1 Udinese.

In that match, Atalanta had 68% possession and 8 attempts at goal with 3 of them on target. Their only player to score was Ruslan Malinovskyi (56').

The referee was Livio Marinelli.

We feel that over the course of the game, Udinese will need things to go their way to score goals against this Atalanta lineup who we think might manage to get a goal of their own in a winning performance.

We therefore see a good battle with a 0-1 winning margin for Atalanta when all is said and done. 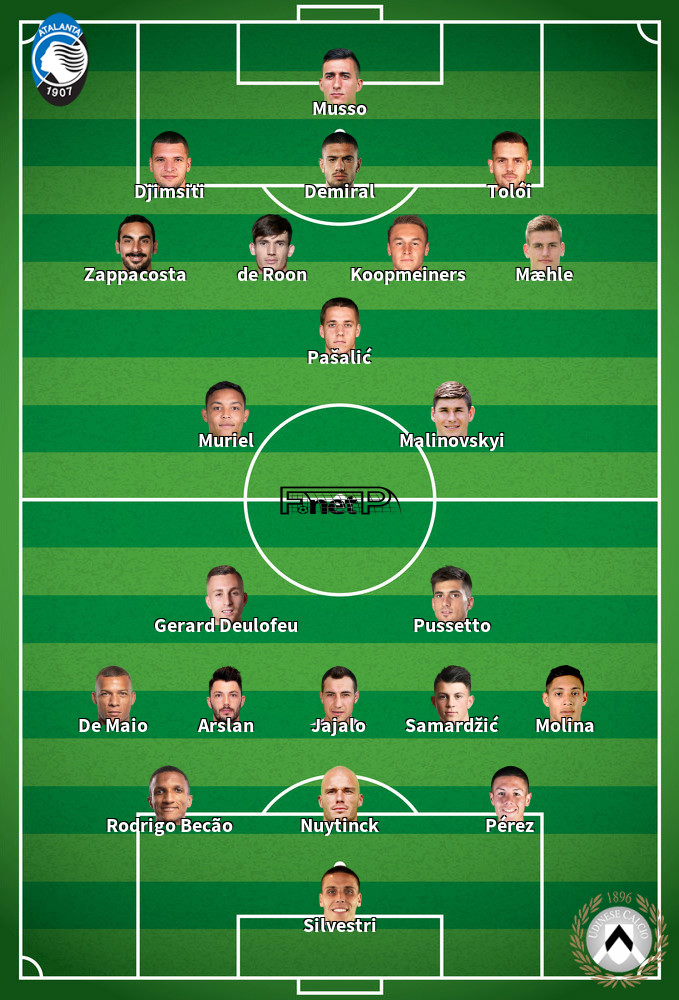 Mostly played in the Striker position, Beto was born in Portugal. Having made his senior debut playing for Portimonense in the 2019 - 2020 season, the talented Forward has struck 7 league goals in the Serie A 2021 - 2022 campaign to date in a total of 16 appearances.

We have made these Udinese v Atalanta predictions for this match preview with the best intentions, but no profits are guaranteed. Please always gamble responsibly, only with money that you can afford to lose. Best of luck with your selections.