Athletic Bilbao face off with visiting rivals Osasuna at Estadio San Mamés in the La Liga fixture on Sunday.

Our Athletic Bilbao v Osasuna tips, poll and stats can be seen in full below (including the best match odds).

Athletic Bilbao will be hoping for a repeat of their last result, following the 2-0 La Liga victory vs Osasuna.

Under three goals per match were recorded in 5 of the last 6 meetings where Athletic Bilbao have been involved. With regard to the goal distribution from this period, opposing sides scored a total of 6 while Athletic Bilbao got themselves 6.

Looking at their past form shows that Athletic Bilbao:

Osasuna have been a threat going forward leading up to this encounter, having scored 7 goals in their previous 6 matches. While their manager Jagoba Arrasate will no doubt take that as a positive sign, Osasuna have had their own issues at the back, also conceding in 5 of those same clashes. Even so, we must now wait to see whether such a trend might be maintained here in this game.

Looking at their most recent head-to-head meetings dating back to 01/04/2017 shows that Athletic Bilbao have won 3 of these games & Osasuna 2, with the number of drawn matches standing at 1.

A combined sum of 16 goals were produced between them throughout the course of those matches, with 9 of them from Los Leones and 7 being from Los Rojillos. The average goals per game has been 2.67.

The last league fixture between these clubs was La Liga match day 19 on 03/01/2022 which ended up with the score at Osasuna 1-3 Athletic Bilbao.

That time, Osasuna managed 57% possession and 15 shots at goal with 4 on target. Their only player on the scoresheet was Kike García (10').

Availability isn’t a big problem, with just the sole fitness concern for the Athletic Bilbao gaffer Marcelino García Toral to be concerned about from an otherwise fully-primed set of players. Oihan Sancet (Pubitis) is out of contention.

Thanks to a completely injury-free group to choose from, the Osasuna manager Jagoba Arrasate has zero fitness concerns to report ahead of this match.

We envisage that Athletic Bilbao should really fashion enough chances to find the net more than once while possibly not conceding when they line up against Osasuna, who may well find it hard to get a goal of their own.

We’re tipping a 2-0 win for Athletic Bilbao by the time that the referee blows the final whistle. 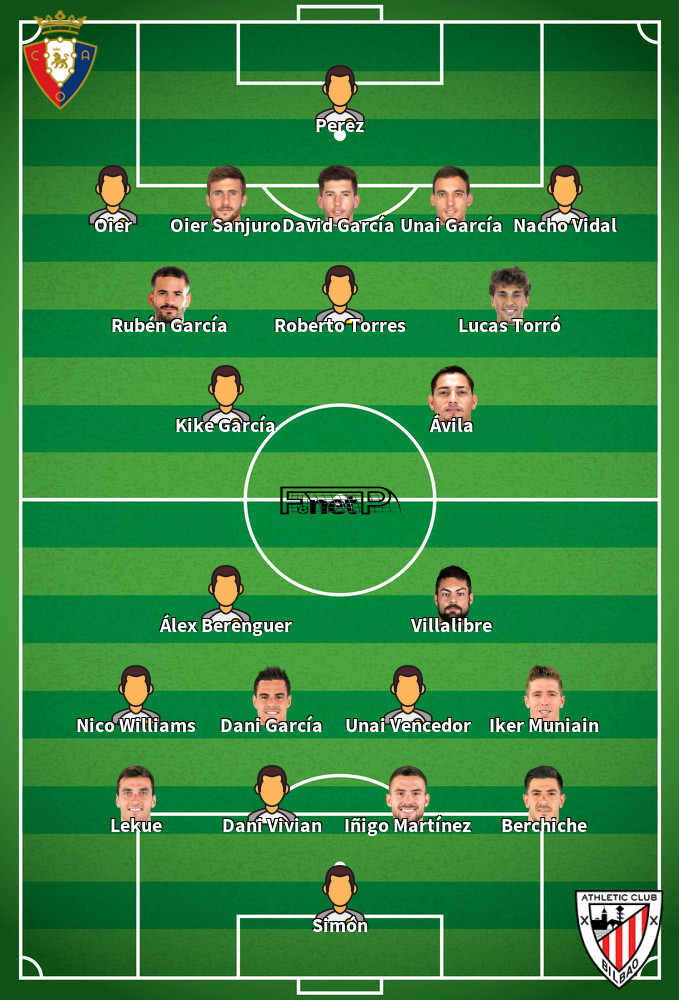