The La Liga tie at Estadio Nuevo Los Cármenes on Tuesday will see home side Granada take to the field against Athletic Bilbao.

View all Granada v Athletic Bilbao tips, stats and our pre-match poll below - as well as the best betting odds.

Granada, who won their previous game, will hope for a similar result following the 2-6 La Liga victory versus Mallorca.

It’s been a rare occasion in recent games that Granada have kept a clean sheet. The reality is that Granada have been scored against in 5 of their previous 6 matches, shipping 13 goals on the way. In any event, we must now wait to see if that pattern might be sustained in this game.

Looking at the pre-match facts, Granada:

Last time out, Athletic Bilbao drew 0-0 in the La Liga tie with Valencia.

Marcelino García Toral's Athletic Bilbao have found the back of the net a total of 8 times throughout their latest six matches. The number of goals that they have conceded during those same clashes comes to 6.

Inspecting their past head to head meetings going back to 12/02/2020 tells us that Granada have won 3 of these games and Athletic Bilbao 2, with the tally of draws being 1.

An aggregate of 17 goals were scored between them throughout the course of those matches, with 11 from Nazaríes and 6 being from Los Leones. This gives an average number of goals per game equal to 2.83.

The previous league meeting between the two was La Liga match day 15 on 26/11/2021 and the score finished Athletic Bilbao 2-2 Granada.

In that game, Athletic Bilbao managed 63% possession and 17 attempts on goal with 5 of them on target. Their only player on the scoresheet was Raúl García (10').

We think that Granada will do well to be putting a goal past this Athletic Bilbao team who we think might score one, at least.

We’re therefore anticipating a very competitive game with a 0-1 winning score for Athletic Bilbao when the full-time whistle blows. 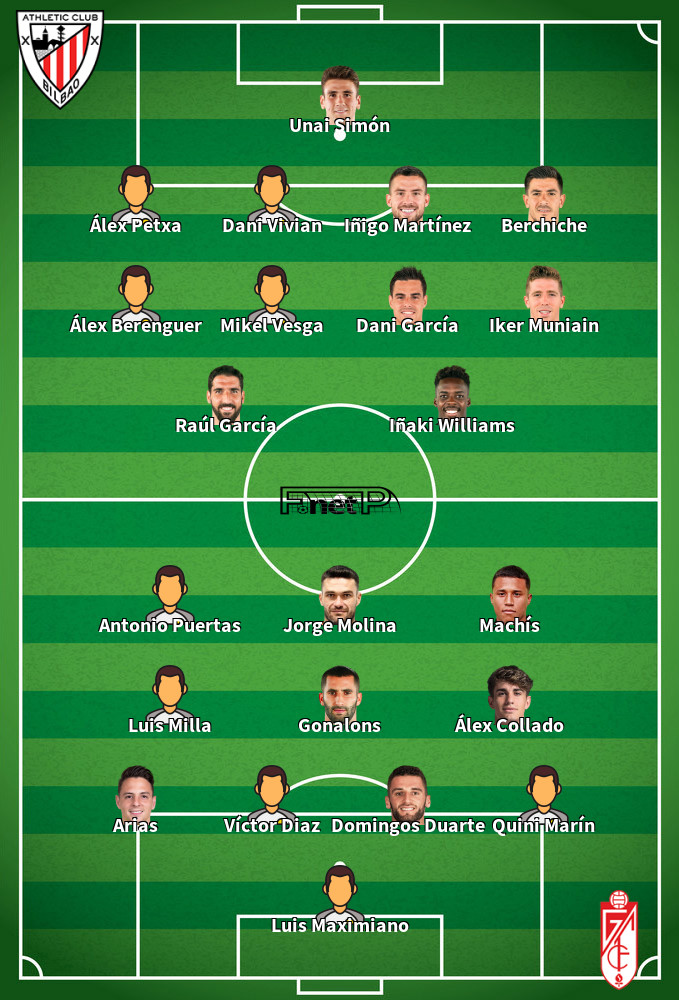 Regularly playing in the Striker position, Antonio Puertas was born in Benahadux, Spain. Having made his senior debut playing for UD Almería in the 2015 - 2016 season, the goalscoring Forward has bagged 5 league goals in this LaLiga 2021 - 2022 season to date in a total of 29 appearances.

We have made these Granada v Athletic Bilbao predictions for this match preview with the best intentions, but no profits are guaranteed. Please always gamble responsibly, only with money that you can afford to lose. Best of luck with your selections.