Return to this page a few days before the scheduled game when this expired prediction will be updated with our full preview and tips for the next match between these teams.
Athletic Bilbao meet visiting side Mallorca at Estadio San Mamés in this La Liga fixture on Saturday. All Athletic Bilbao v Mallorca match predictions, user poll and stats are shown below (inc. the best betting odds).

Athletic Bilbao will be looking to improve on their last outing here after the 1-0 La Liga loss in their previous game against Barcelona. On the other side, FC Barcelona had 18 attempts on goal with 4 of them on target. Ivan Rakitić (71') was the scorer for Barcelona.

It has been a rare occasion in recent times where Athletic Bilbao haven’t conceded. The facts show that Los Leones have been scored against in 5 of their previous 6 games, leaking 7 goals on the way.

The stats don’t lie, and Mallorca have been scored against in 6 of their last 6 matches, seeing their opponents hit 10 goals in total. At the back, Los Bermellones seem to have a bit of a soft underbelly. It will be interesting to find out if that trend will be continued on in this game.

Heading into this contest, Mallorca haven't won against Athletic Bilbao when having played them away from home in the previous 3 league games.

Inspecting their prior head to head clashes going back to 14/02/2011 shows that Athletic Bilbao have won 3 of these games & Mallorca 1, with the number of drawn results being 2.

8 goals were yielded between them during those clashes, with 5 of them from Los Leones and 3 coming from Los Bermellones. The average goals per game has been 1.33.

There is just a single fitness concern for the Athletic Bilbao boss Gaizka Garitano to contend with from of an almost fully healthy squad. Beñat Etxebarria (Muscular problems) won’t play. Yuri Berchiche cannot play in this game through suspension.

We’re of the opinion that Athletic Bilbao will likely get amongst the goals when they face Mallorca, who might well find it a difficult task to find the back of the net. We’re predicting a pretty comfortable 2-0 win for Athletic Bilbao at the conclusion of the game.

Over/Under 2.5 Goals Prediction for Athletic Bilbao vs Mallorca
Under 2.5 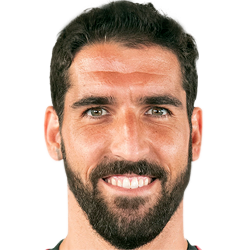 Generally taking to the field in the Centre Midfield position, Raúl García was born in Iruñea, Spain. After having played his first senior match for CA Osasuna in the 2004 - 2005 season, the goalscoring Midfielder has scored a sum of 10 league goals in this LaLiga 2019 - 2020 season to date coming from a total of 28 appearances.

While we have made these predictions for Athletic Bilbao v Mallorca for this match preview with the best of intentions, no profits are guaranteed. Always gamble responsibly, and with what you can afford to lose. We wish you the best of luck.