Sevilla will face off against visiting opponents Athletic Bilbao at Estadio Ramón Sánchez-Pizjuán in the La Liga fixture on Monday.

All of our predictions, stats and the user poll for Sevilla v Athletic Bilbao are shown below (inc. the best betting odds).

Sevilla fans will want a repeat of their previous result, being a 2-1 La Liga success vs Granada.

Sevilla haven’t had any problems with scoring, hitting the target in one hundred percent of their last 6 games.

They have managed to rack up 11 during that period while also conceding a total of 6.

Coming into this clash, Sevilla are unbeaten in their previous 4 league matches at home.

Marcelino García Toral's Athletic Bilbao have fired home a total of 5 times in the course of their most recent six matches. The number of goals that have been scored against them during that period equals 8.

Analysis of their past results shows that Athletic Bilbao:

Checking on their prior head-to-head meetings stretching back to 13/01/2019 shows us that Sevilla have won 2 of these games and Athletic Bilbao 3, with the number of drawn games standing at 1.

A total of 13 goals were yielded between them in this period, with 6 of them for Sevillistas and 7 netted by Los Leones. That’s an average goals per game figure of 2.17.

The last league contest between these sides was La Liga match day 8 on 31/10/2020 and the score finished Athletic Bilbao 2-1 Sevilla.

On that day, Athletic Bilbao managed 46% possession and 16 attempts at goal with 5 on target. The scorers were Iker Muniain (76') and Oihan Sancet (86').

At the other end, Sevilla got 7 attempts at goal with 3 of them on target. Youssef En-Nesyri (9') was the scorer.

Sevilla boss Julen Lopetegui has no fitness concerns to speak of ahead of this game with a fully injury-free group to choose from.

Due to a mostly available squad, there’s just the lone fitness problem for the Athletic Bilbao boss Marcelino García Toral to be concerned about. Peru Nolaskoain (Ankle Injury) misses out for this game.

We feel that in this game, Sevilla should get the win and a possible clean sheet when they meet Athletic Bilbao, who may well find it hard finding the net themselves.

Our tip is for a decent 2-0 winning margin for Sevilla at the end of the 90 minutes. 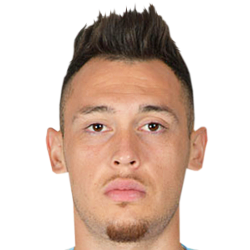 Customarily played in the Left Wing position, Lucas Ocampos was born in Quilmes, Argentina. After having played his first senior match for River Plate in the 2012 - 2013 season, the dangerous Forward has hit 5 league goals in this LaLiga 2020 - 2021 season so far in a total of 29 appearances.

We have made these Sevilla v Athletic Bilbao predictions for this match preview with the best intentions, but no profits are guaranteed. Please always gamble responsibly, only with money that you can afford to lose. Best of luck with your selections.