This fascinating Copa del Rey quarter-final match between Valencia and Athletic Bilbao is taking place on Thursday. With a date with the semi finals for the club that makes it through, we are looking forward to what should be a great game between these sides.

View all Valencia v Athletic Bilbao tips, stats and our pre-match poll below - plus the latest betting odds.

Valencia will play in this fixture after a 2-2 La Liga drawn game vs UD Almería.

Gennaro Gattuso's Valencia have netted 11 times in their prior six outings. The tally of goals that have been scored against them in that time stands at 6.

Since tasting defeat last time out to Real Madrid in La Liga action, Athletic Bilbao will be hoping to turn things around here.

Ernesto Valverde's Athletic Bilbao have managed to stick the ball in the net 8 times in the course of their latest sextet of matches. The total of goals that have been scored against them during those matches comes to 6.

Checking out their prior head to head meetings dating back to 07/02/2021, it’s been all-even between these two clubs with Valencia winning 1 of those games, Athletic Bilbao 1 and 4 being draws after 90 minutes of play.

8 goals were produced between them during those clashes, with 4 of them from Los Che and 4 coming from Los Leones. That’s an average goals per game of 1.33.

The last league match featuring the two was La Liga match day 2 on 21/08/2022 and the score finished Athletic Bilbao 1-0 Valencia.

In that game, Athletic Bilbao had 37% possession and 11 shots at goal with 2 of them on target. Their only player on the scoresheet was Álex Berenguer (43').

For their opponents, Valencia had 10 shots at goal with 0 on target.

There is just the sole fitness concern for the Valencia gaffer Gennaro Gattuso to be concerned about from an otherwise fully-primed squad. Nico González (Metatarsal Fracture) is sidelined.

From a largely full-strength squad, there is just the lone fitness issue for the Athletic Bilbao manager Ernesto Valverde to contend with. Iñigo Martínez (Foot Injury) misses out for this game.

It seems to us that Athletic Bilbao and Valencia could end up without much reward for their efforts here.

It will be interesting to see how this one goes, and it’s not easy to pick a clear winner. That’s why we have predicted a very even match with a 0-0 scoreline after 90 minutes. 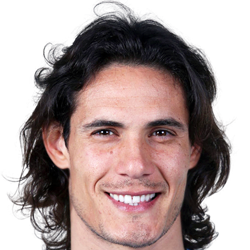 Normally taking up the Striker position, Edinson Cavani was born in Salto, Uruguay. Having played his first senior match for Danubio in the 2005 - 2006 season, the skilful Forward has managed 5 league goals in this LaLiga 2022 - 2023 campaign to date from a total of 9 appearances.

While we have made these predictions for Valencia v Athletic Bilbao for this match preview with the best of intentions, no profits are guaranteed. Always gamble responsibly, and with what you can afford to lose. Good luck!