This huge Primera (Clausura) Liguilla quarter-final meeting between Atlas and CD Guadalajara takes place on Sunday. With the lure of that place in the semi final for the victors, it’s shaping up to be a great game of football from these two.

All Atlas v CD Guadalajara match predictions, user poll and stats are shown below - as well as up-to-date odds.

Atlas, buoyed by their previous result, will be hoping for more of the same after a 1-0 Primera (Clausura) Liguilla triumph against CD Guadalajara.

In that game, Atlas had 39% possession and 8 attempts at goal with 4 on target. The only player to score for Atlas was Anibal Chalá (45'). At the other end, CD Guadalajara got 16 attempts on goal with 2 of them on target.

Atlas have been conceding pretty frequently recently, but they have also managed to convert their own chances into goals. Looking at their last 6 games, Atlas have conceded in 5 of them while also managing to get on the scoresheet in 5 of those games. We will find out if that trend will be sustained in this game.

Inspecting their prior head-to-head meetings dating back to 08/03/2020 shows that Atlas have won 2 of these and CD Guadalajara 3, with the tally of drawn games standing at 1.

An aggregate of 15 goals were scored between them during those clashes, with 7 of them from Los Zorros and 8 netted by Chivas. That’s an average goals per game figure of 2.5.

The Atlas manager Diego Cocca will be happy not to have any fitness concerns to speak of before this clash thanks to a completely injury-free group available for selection.

With a fully healthy squad available to select from, the CD Guadalajara manager Ricardo Cadena doesn’t have any fitness worries to speak of ahead of this clash.

We feel that CD Guadalajara might have a difficult job to see themselves scoring against this Atlas side who should score at least once to gain the upper hand.

We’ve gone for a narrow 1-0 win for Atlas at full-time. 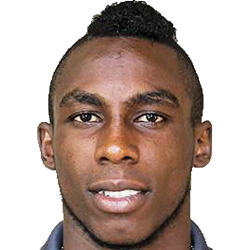 Mostly playing in the Striker position, Julián Quiñones was born in Nariño, Colombia. After having played his first senior match for Tigres de la UANL in the 2016 - 2017 season, the gifted Forward has scored a sum of 6 league goals in this Liga MX (Clausura) 2021 - 2022 campaign so far in 14 appearances.

While we have made these predictions for Atlas v CD Guadalajara for this match preview with the best of intentions, no profits are guaranteed. Always gamble responsibly, and with what you can afford to lose. Best of luck.