Club América will be visiting Estadio Jalisco on Sunday for the Liga MX (Clausura) tie with home team Atlas.

Our predictions, user poll and statistics for Atlas v Club América can be found here - as well as up-to-date odds.

Atlas, buoyed by their previous result, will be hoping for more of the same after the 0-1 Liga MX (Clausura) triumph vs Pachuca.

In that game, Atlas had 36% possession and 17 shots at goal with 6 on target. The scorer for Atlas was Ignacio Malcorra (31'). On the other side, Pachuca had 8 shots on goal with 2 of them on target.

Fewer than three goals per game were seen in 6 of the past 6 fixtures where Atlas have taken part. Breaking down the goal split from that period, their opponents scored an aggregate of 6 while Los Zorros managed a tally of 2.

Their past results show that Atlas:

Club América head into the match after a 2-1 Liga MX (Clausura) win versus Querétaro FC in their previous outing.

A series of resolute displays from the Club América defence has seen the number of goals they’ve conceded amounting to 4 from their past 6 clashes overall. In that period of time, the number of goals that they have scored themselves amounts to 8. In any event, time will tell if such a trend will continue on in this upcoming match or not.

Going into this contest, Club América are without a win away from home in their last 5 league games.

A look at their most recent head-to-head clashes dating back to 28/01/2018 shows us that Atlas have won 1 of these games and Club América 5, with the number of drawn matches being 0.

An aggregate of 13 goals were produced between them in this period, with 4 of them for Los Zorros and 9 being from Las Águilas. That is an average goals per game value of 2.17.

The previous league match featuring the two was Liga MX (Apertura) match day 15 on 25/10/2020 which finished with the scoreline of Club América 1-0 Atlas.

On that day, Club América had 66% possession and 22 shots on goal with 9 of them on target. The scorer was Jorge Sánchez (88').

At the other end, Atlas had 9 attempts at goal with 5 on target.

The match was refereed by Diego Montaño.

Thanks to a completely injury-free squad ready to go, Club América manager Santiago Solari does not have any fitness concerns to speak of coming into this game.

Atlas might well have a job on their hands to score against this Club América side who we think will likely manage to get a goal of their own in a winning performance.

We therefore see a good tussle with a 0-1 winning margin for Club América at the end of the 90 minutes. 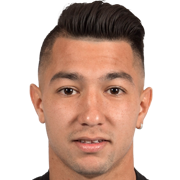 Mostly playing in the Central Attacking Midfielder position, Luciano Acosta was born in Argentina. Having made a first senior appearance for Boca Juniors in the 2013 - 2014 season, the dangerous Midfielder has scored a sum of 2 league goals in the Liga MX (Apertura) 2020 - 2021 season to date from a total of 15 appearances.

We have made these Atlas v Club América predictions for this match preview with the best intentions, but no profits are guaranteed. Please always gamble responsibly, only with money that you can afford to lose.