Querétaro FC play host to visiting opponents Atlas at The Estadio Corregidora in the Liga MX (Clausura) fixture on Sunday.

Full predictions, pre-match stats and user poll for Querétaro FC v Atlas are shown on this page - plus the latest match odds.

Querétaro FC will be looking to improve on their last outing here after the 2-0 Liga MX (Clausura) defeat last time out to Puebla.

Atlas will go into this clash after a 2-1 Liga MX (Clausura) win in the defeat of Mazatlán in their last match.

The attacking players from Atlas have struggled for goals over their last 6 encounters, contributing the poor return of only 4. In those matches, Los Zorros have also seen the collective goal tally of their opponents equal 7. Even so, we must now wait to see if the trend shall be replicated here in this game.

Going into this one, Atlas are without a win away from home in their last 9 matches in the league. Who knows how long it might last, too.

A review of their most recent head to head clashes stretching back to 28/09/2019 tells us that Querétaro FC have won 1 of them & Atlas 5, with the number of drawn results standing at 0.

A total of 13 goals were scored between them during those clashes, with 2 from Gallos Blancos and 11 being from Los Zorros. The average goals per game has been 2.17.

The last league fixture between these clubs was Liga MX (Apertura) match day 7 on 05/08/2022 which ended up with the score at Atlas 3-1 Querétaro FC.

At the other end, Querétaro FC had 16 attempts at goal with 5 of them on target. Ángel Sepúlveda (35') was the scorer.

The Querétaro FC manager Mauro Gerk has no fitness worries to speak of coming into this match thanks to a fully injury-free squad available to select from.

Owing to an otherwise healthy group, there is only the lone fitness worry for the Atlas boss Benjamin Mora to contend with. Mauro Manotas (Cruciate Ligament Injury) won’t be in action.

When taking all factors into account, Atlas and Querétaro FC may well find themselves both scoring in what promises to be a very even battle here.

A close call, and we think a draw is quite likely. We therefore see a very close game with a 1-1 score at the end of this one. 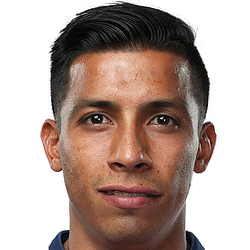 Customarily playing in the Striker position, Ángel Sepúlveda was born in Apatzingán, Mexico. Having played his first senior match for Monarcas Morelia in the 2010 - 2011 season, the skilful Forward has accumulated 4 league goals in the Liga MX (Apertura) 2022 - 2023 season to date from a total of 17 appearances.

We have made these Querétaro FC v Atlas predictions for this match preview with the best intentions, but no profits are guaranteed. Please always gamble responsibly, only with money that you can afford to lose. We wish you the best of luck.