Atlético Madrid will be visiting Estadio Coliseum Alfonso Pérez on Thursday for the La Liga fixture with home side Getafe.

Scroll down to see all of the predictions, poll and statistics for Getafe v Atlético Madrid - plus the latest betting odds.

Getafe prepare for this fixture following a 0-0 La Liga draw against Alaves.

In that match, Getafe managed 55% possession and 13 shots at goal with 4 of them on target.

Getafe have been quite ineffective in attack in more recent games. Their ‘goals for’ figure stands at just 4 against opposing sides over their last 6 outings. In those games, Azulones have also seen the tally of goals against them total 6. Let’s see whether or not that trend will end up being continued on into this next match.

Heading into this contest, Getafe haven't beaten Atlético de Madrid in their last 14 league matches. A shocking run, it really is.

Atlético Madrid will go into the clash following a 1-0 La Liga win in the defeat of Real Betis in their previous outing.

Their prior results show that Atlético Madrid:

A review of their past head to head meetings going back to 14/02/2016 shows that these fixtures have ended in disappointment for Getafe. They’ve not been able to come away with any wins at all while Atlético Madrid have been dominant against them, getting wins in 100 per cent of those ties.

In all, 9 goals were scored between them during those clashes, with 0 of them from Azulones and 9 for Atleti. That’s an average goals per game of 1.5.

The previous league match featuring these clubs was LaLiga match day 1 on 18/08/2019 and the score finished Atlético Madrid 1-0 Getafe.

In that match, Atlético Madrid had 57% possession and 5 shots at goal with 5 of them on target. Their only player to score was Álvaro Morata (23').

Getafe got 6 attempts at goal with 0 of them on target.

The referee was Guillermo Cuadra Fernández.

There is just the sole fitness concern for the Getafe boss José Bordalás to be concerned about thanks to an otherwise robust group of players. Oghenekaro Etebo (Unknown Injury) won’t play. Players who are serving a ban and are therefore ineligible to play are Damián Suárez and Xabi Etxeita.

Atlético boss Diego Simeone has multiple availability issues to deal with. João Félix (Ankle Injury), Sime Vrsaljko (Knee Injury) and José Giménez (Ankle Injury) are not ready for selection. Mario Hermoso is ineligible for this match because of suspension.

We feel that Getafe may not find it easy to see themselves scoring against this Atlético Madrid side who we reckon will emerge victorious.

We’ve gone for a very even match with a 0-1 advantage for Atlético Madrid at the end of the match.

Over/Under 2.5 Goals Prediction for Getafe vs Atlético Madrid
Under 2.5 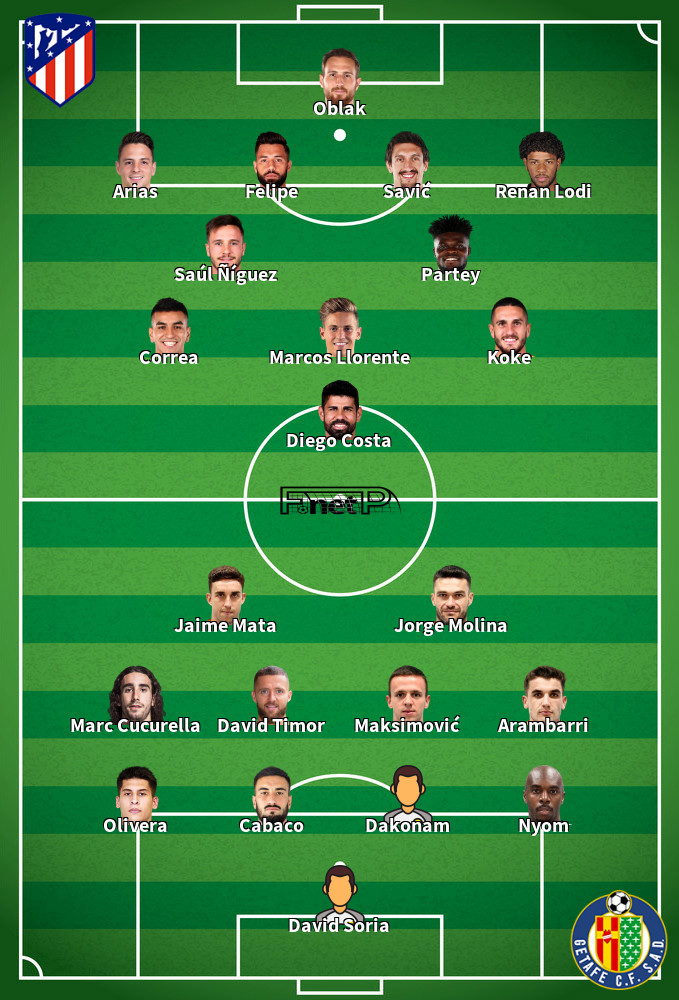