Return to this page a few days before the scheduled game when this expired prediction will be updated with our full preview and tips for the next match between these teams.
Full-Time Result Prediction for Atlético Madrid vs Granada
Atlético Madrid to Win
Granada arrive at Estadio Wanda Metropolitano on Saturday for the LaLiga fixture with home side Atlético Madrid.

Unfortunately for them, Granada may well find it beyond them to hit the back of the net at all against a Atlético Madrid side who possess the qualities to create a lot of chances for themselves and convert these into unanswered goals. We’re tipping a very commanding 4-0 belting with possibly more for Atlético Madrid when all is said and done. For all of our match predictions, pre-game poll and statistics for Atlético Madrid v Granada, scroll down (inc. the best betting odds).

Going into this encounter, Atlético Madrid are undefeated in their previous 3 league matches at home. 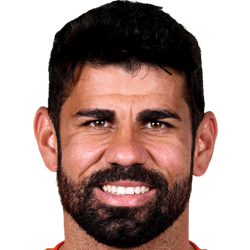 Customarily played in the Striker position, Diego Costa was born in Lagarto, Brazil. Having played his first senior match for SC Braga in the 2006 - 2007 season, the dangerous Forward has got 2 league goals in this LaLiga 2019 - 2020 campaign so far in a total of 11 appearances.

We have made these Atlético Madrid v Granada predictions for this match preview with the best intentions, but no profits are guaranteed. Please always gamble responsibly, only with money that you can afford to lose. Good luck!