The time’s nearly upon us for Champions League action happening on Tuesday as Atlético Madrid will take on Liverpool.

All Atlético Madrid v Liverpool game predictions, stats and user poll are shown below - along with the latest match odds.

Atlético Madrid will be looking for another win after a 2-0 La Liga success vs Barcelona.

Their latest results show that it has been a great time for the Atlético Madrid backline. Atlético Madrid have kept it tight, resulting in the tally of goals that have flown into the back of their net during their previous six matches standing at 3.

Liverpool head into the encounter following a 0-5 Premier League win vs Watford in their most recent fixture.

In their previous 6 clashes, Liverpool have bagged a tally of 21 goals. Liverpool have also scored in every single one of those games. During that period, they have had 6 goals go against them. That trend isn’t assured to be carried forward here, however.

A look at their prior head-to-head clashes dating back to 22/10/2008 shows us that Atlético Madrid have won 3 of these games & Liverpool 1, with the tally of drawn matches standing at 2.

14 goals were scored between them during those clashes, with 8 for Atleti and 6 for The Reds. That’s an average goals per game figure of 2.33.

The Atlético Madrid boss Diego Simeone will be grateful not to have any fitness concerns to speak of before this match with a fully injury-free group available for selection.

Liverpool manager Jürgen Klopp has to currently contend with reduced team options. Harvey Elliott (Fracture-dislocation of the ankle) and Thiago (Calf Injury) will miss out on this game.

Atlético Madrid will need to apply a lot of pressure to see themselves scoring against this Liverpool side who we think will likely do enough to score at the other end and edge ahead.

Therefore, we predict a 0-1 victory for Liverpool at full-time. 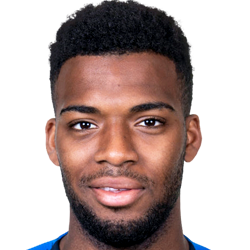 Usually used in the Central Attacking Midfielder position, Thomas Lemar was born in Baie-Mahault, Guadeloupe. Having made his senior debut playing for SM Caen in the 2013 - 2014 season, the skilful Midfielder has struck 2 league goals in the LaLiga 2021 - 2022 season so far coming from a total of 5 appearances.

While we have made these predictions for Atlético Madrid v Liverpool for this match preview with the best of intentions, no profits are guaranteed. Always gamble responsibly, and with what you can afford to lose. Good luck if you do place a bet today.