The Serie A game at Estádio Governador Plácido Castelo on Sunday sees home team Ceará take to the field against Atlético Goianiense.

All Ceará v Atlético Goianiense game predictions, stats and user poll are shown below (plus the best game odds).

Ceará won’t want a repeat of their last result here following a 2-0 Copa do Brasil loss in their previous game against Fortaleza.

Their most recent results really do illustrate the point that much respect should be given to the Ceará backline. Ceará have given the opposition little, with the tally of goals that have gone past their goalkeeper over the course of their past 6 matches standing at 4.

Their prior results show that Ceará:

In their last game, Atlético Goianiense drew 0-0 in the Copa do Brasil match with Goias.

Jorge Jorginho's Atlético Goianiense have fired home a total of 9 times throughout their latest 6 matches. The overall goals that they have conceded during those same clashes adds up to 7.

Looking over their most recent head to head meetings dating back to 12/06/2011 shows us that Ceará have won 1 of these games and Atlético Goianiense 2, with the number of drawn games being 3.

A sum of 14 goals were produced between them in this period, with 6 of them for Vovô and 8 belonging to Dragão. This gives an average number of goals per game equal to 2.33.

The previous league game between these clubs was Serie A match day 34 on 21/11/2021 and the score finished Atlético Goianiense 1-1 Ceará.

That time, Atlético Goianiense managed 59% possession and 19 attempts on goal with 4 of them on target. The scorer was João Paulo (55').

The Ceará boss Marquinhos Santos does not have any fitness concerns whatsoever before this clash thanks to a fully injury-free group available to choose from.

Due to a completely healthy group ready to go, the Atlético Goianiense boss Jorge Jorginho has no fitness worries whatsoever ahead of this game.

We’re of the view that Atlético Goianiense will need things to go their way to put one past this Ceará outfit who we reckon will end up scoring and staying ahead.

We’re therefore predicting a very competitive game with a 1-0 winning score for Ceará at the end of this game. 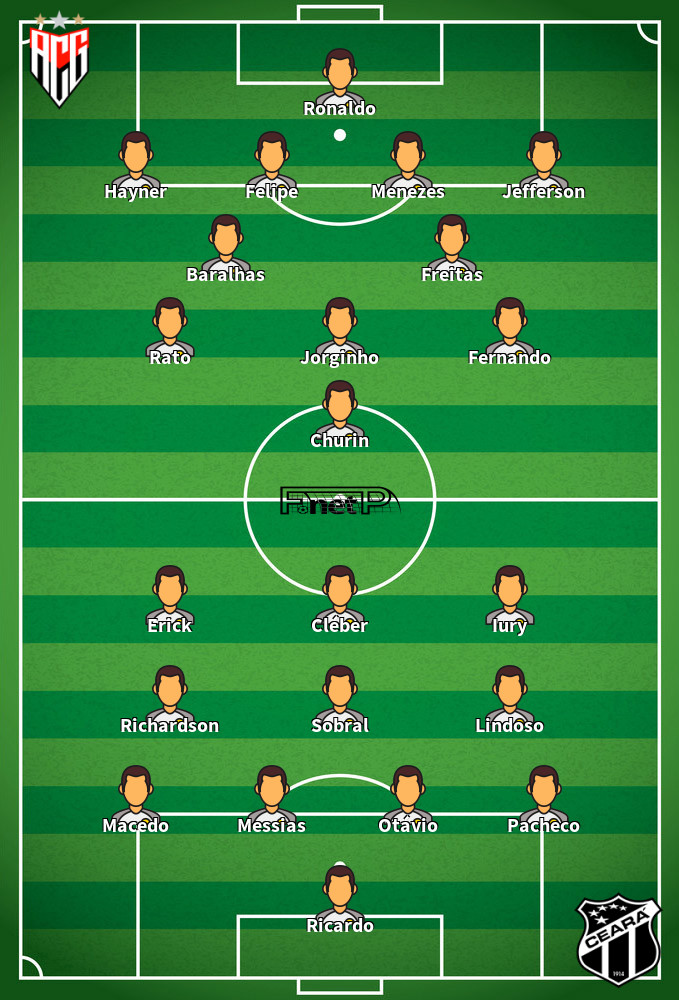 Normally taking up the Striker position, Cléber was born in Brazil. Having made a first senior appearance for Ceará in the 2020 season, the goalscoring Forward has hit 2 league goals in this Série A 2022 campaign so far coming from a total of 9 appearances.

We have made these Ceará v Atlético Goianiense predictions for this match preview with the best intentions, but no profits are guaranteed. Please always gamble responsibly, only with money that you can afford to lose. Good luck with your selections.