Atlético Goianiense will host visiting rivals Juventude at Estádio Antônio Accioly in this Serie A tie on Sunday.

All Atlético Goianiense v Juventude game predictions, stats and user poll are shown below including the latest game odds.

Atlético Goianiense will be looking to improve on their last outing here following a 4-2 Serie A loss in their previous game against Palmeiras.

Since a loss in their previous game against Santos in Serie A action, Juventude will be aiming to make amends here.

In that match, Juventude managed 34% possession and 10 shots on goal with 1 on target. The only player to score for Juventude was Ricardo Bueno (26'). For their opponents, Santos got 18 attempts at goal with 9 on target. Eduardo Bauermann (57') and Marcos Leonardo (77') scored for Santos.

The stats tell the story, and Juventude have been scored against in 5 of their last 6 games, seeing opposing sides hit 11 goals overall. Defensively, Juventude certainly have room for improvement. In any event, we will just have to wait and see whether that pattern might persist here in this game or not.

Coming into this clash, Juventude are without a win away from home in their last 2 league games.

The last league clash between the two was Serie A match day 30 on 23/11/2021 and the score finished Atlético Goianiense 1-1 Juventude.

On that occasion, Atlético Goianiense had 50% possession and 15 attempts on goal with 8 of them on target. Their only player to score was Zé Roberto (62').

For their opponents, Juventude got 12 attempts at goal with 5 of them on target. Ricardo Bueno (88') scored.

The Atlético Goianiense boss Jorge Jorginho will be happy not to have any fitness concerns at all before this match owing to a completely injury-free squad available to select from.

Thanks to a mainly available squad, there is only the lone fitness problem for the Juventude manager Eduardo Baptista to be concerned with. Guilherme Parede (Cruciate Ligament Rupture) won’t be playing here. Yuri will not be able to play in this game through being suspended.

We’re thinking that Juventude will have their work cut out to see themselves scoring against this Atlético Goianiense team who we think should get a goal themselves and run out victorious.

We’re therefore anticipating a narrow 1-0 advantage for Atlético Goianiense when all is said and done. 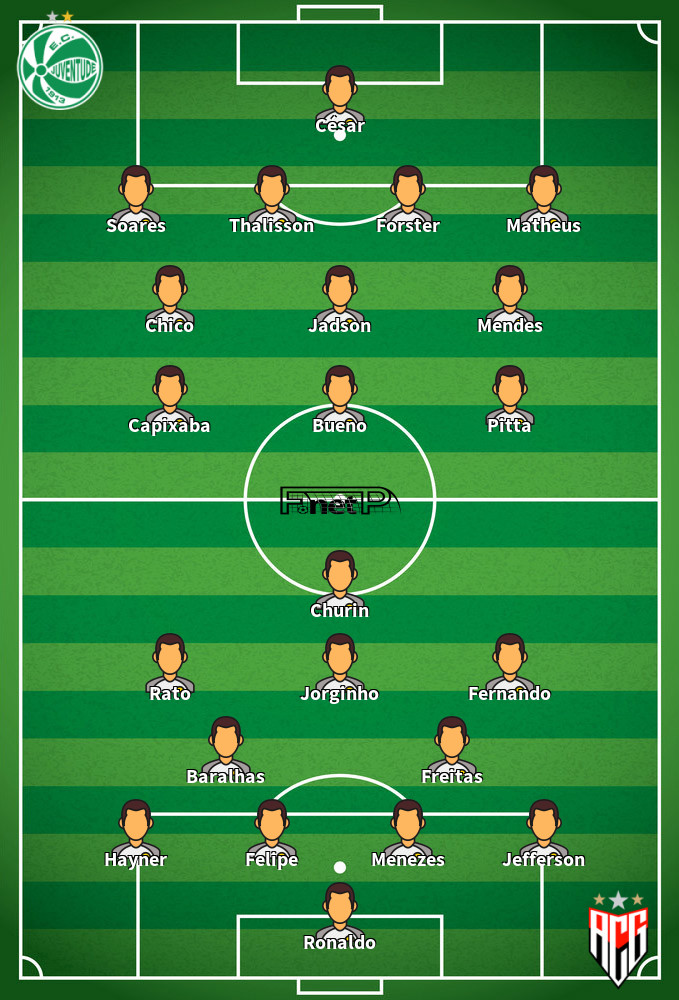 Usually played in the Central Attacking Midfielder position, Wellington Rato was born in Japeri, Brazil. After making a first senior appearance for Atlético Goianiense in the 2020 season, the accomplished Midfielder has managed to score 3 league goals in the Série A 2022 campaign so far in 11 appearances.

We have made these Atlético Goianiense v Juventude predictions for this match preview with the best intentions, but no profits are guaranteed. Please always gamble responsibly, only with money that you can afford to lose. Good luck!