Avaí go into battle on Wednesday as they prepare for the imminent Copa do Brasil game versus Atletico PR.

All of our predictions, stats and the user poll for Atletico PR v Avaí are shown below - plus the latest betting odds.

Atletico PR will be looking for another win after the 0-3 Serie A victory against Juventude.

Their most recent results shine a light on the fact that it has been a great time for the Atletico PR defence. Furação have given the opposition little, seeing the total number of goals that have gone in at their end over the course of their last six matches standing at 3.

In their last game, Avaí drew 1-1 in the Serie B tie with Vila Nova.

For 5 of the past six games featuring Avaí, a notably low volume of goals have been struck between them and opposing sides. The overall average goals scored per game during that spell is just 2, with the average goals for Leão da Ilha being 1. With no two games being the same, time will tell whether that trend might be maintained here in this game.

Checking out their prior head to head duels dating back to 07/11/2015, there has been little to separate the clubs with Atletico PR winning 2 of those games, Avaí 2 and 2 being draws in normal time.

An aggregate of 12 goals were yielded between them in these games, with 8 for Furação and 4 for Leão da Ilha. That is an average goals per game value of 2.

Atletico PR boss António Oliveira will be happy not to have any fitness concerns whatsoever ahead of this game with a fully healthy squad available to choose from.

With a fully healthy squad to pick from, Avaí boss Claudinei Oliveira doesn’t have any fitness concerns to report before this match.

It looks to us that Atletico PR will most probably be able to create a high number of chances and successful shots on target.

In contrast, Avaí might well find it a difficult task to get shooting opportunities although we do reckon that they could well end up managing to get on the scoresheet, too.

Our selection here is for a controlled 3-1 winning score for Atletico PR after 90 minutes. 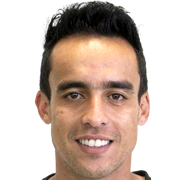 Mostly taking to the field in the Central Attacking Midfielder position, Jádson was born in Londrina, Brazil. After having played his first senior match for Atletico PR in the 2003 season, the skilful Midfielder has managed to score 2 league goals in this Série A 2021 season to date from a total of 2 appearances.

While we have made these predictions for Atletico PR v Avaí for this match preview with the best of intentions, no profits are guaranteed. Always gamble responsibly, and with what you can afford to lose. Good luck if you do place a bet today.