View all of the Ceará v Atletico PR predictions, poll and stats below - along with the latest match odds.

Ceará prepare for this fixture following on from a 2-2 Serie A draw against Cuiabá.

Their most recent results show that things are going according to plan in the Ceará rearguard. Vovô have given the opposition little, resulting in the tally of goals that have flown into the back of their net over the course of their last 6 outings standing at 4.

A look at their previous results shows us that Ceará:

In their last fixture, Atletico PR drew 2-2 in the Serie A tie with Red Bull Bragantino.

In their previous 6 clashes, Atletico PR have amassed the sum of 12 goals. Furação have also not failed to score in every single one of those games. In that time, their defenders have had 10 goals go into their own net. That trend might not be carried forward into this match, however.

Coming into this clash, Atletico PR haven't been defeated by Ceará when they have played them away from home in the previous 3 matches in the league.

Looking at their prior head to head clashes dating back to 11/08/2018 tells us that Ceará have won 0 of these & Atletico PR 2, with the tally of drawn games being 4.

A combined sum of 9 goals were shared by the two clubs in this period, with 3 for Vovô and 6 being from Furação. The average goals per game has been 1.5.

In that game, Ceará had 45% possession and 9 attempts at goal with 2 of them on target.

The match was refereed by Rodrigo D'Alonso Ferreira.

It doesn’t get much better regarding selection, with just the lone fitness concern for the Ceará boss Guto Ferreira to be concerned with from an otherwise fully-primed group. Vítor Jacaré (Cruciate Ligament Injury) will miss out.

Thanks to a completely injury-free squad to pick from, Atletico PR boss António Oliveira has no fitness concerns to speak of before this match.

Our assessment is that Atletico PR are dangerous enough to score against this Ceará outfit, but that might not quite be as many as they will have scored against them.

We’re expecting both teams to score in a 2-1 victory for Ceará after 90 minutes. Looking forward to seeing how this one unfolds. 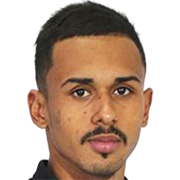 Typically playing in the Right Attacking Midfielder position, Lima was born in Porto Alegre, Brazil. Having made a first senior appearance for Grêmio in the 2017 season, the talented Midfielder has got 2 league goals in the Série A 2021 campaign to date coming from a total of 9 appearances.

We have made these Ceará v Atletico PR predictions for this match preview with the best intentions, but no profits are guaranteed. Please always gamble responsibly, only with money that you can afford to lose. Good luck if you do place a bet today.