Corinthians will visit Estádio Joaquim Américo Guimarães on Thursday for the Série A showdown with home side Atletico PR.

View all of the Atletico PR v Corinthians predictions, poll and stats below - plus the latest betting odds.

Atletico PR will be hoping to return to winning ways here after the 2-1 Série A defeat last time out to Internacional.

Over their last 6 fixtures, Dorival Júnior's Atletico PR have netted a total of 5 times, an average number of goals per match equal to 0.83.

Taking a look at their past results, Atletico PR:

Since a loss in their previous game against Ceará in Série A action, Corinthians will be aiming to make amends here.

In that game, Corinthians managed 61% possession and 10 attempts on goal with 3 on target. For Corinthians, the goalscorers were Léo Natel (15') and Gil (34' Own goal). At the other end, Ceará had 15 attempts at goal with 4 of them on target. Sobral (91') scored for Ceará.

Tiago Nunes's Corinthians have found the back of the net a total of 5 times in the course of their previous six matches. The aggregate of goals that they have conceded during that period comes to 6.

Coming into this meeting, Corinthians have not won away from home in their last 4 matches in the league.

Checking on their prior head to head meetings going back to 15/07/2017 shows us that Atletico PR have won 1 of these & Corinthians 2, with the tally of draws being 3.

An aggregate of 12 goals were shared by the two clubs in these games, with 5 from Furação and 7 for Timão. The average number of goals per game works out to 2.

Atletico PR manager Dorival Júnior will be grateful to have no fitness worries whatsoever coming into this clash thanks to a fully injury-free group available to select from.

Owing to an otherwise full-strength squad, there’s just the one fitness worry for the Corinthians boss Tiago Nunes to contend with. Danilo Avelar (Cruciate Ligament Injury) won’t be playing here.

In this match, Corinthians have it within them to score a goal against this Atletico PR side, although that realistically won’t be as many as the goals that they could concede.

We’re tipping a 2-1 victory for Atletico PR by the conclusion of the game. Looking forward to this.

Both Teams to Score Prediction for Atletico PR vs Corinthians
Yes 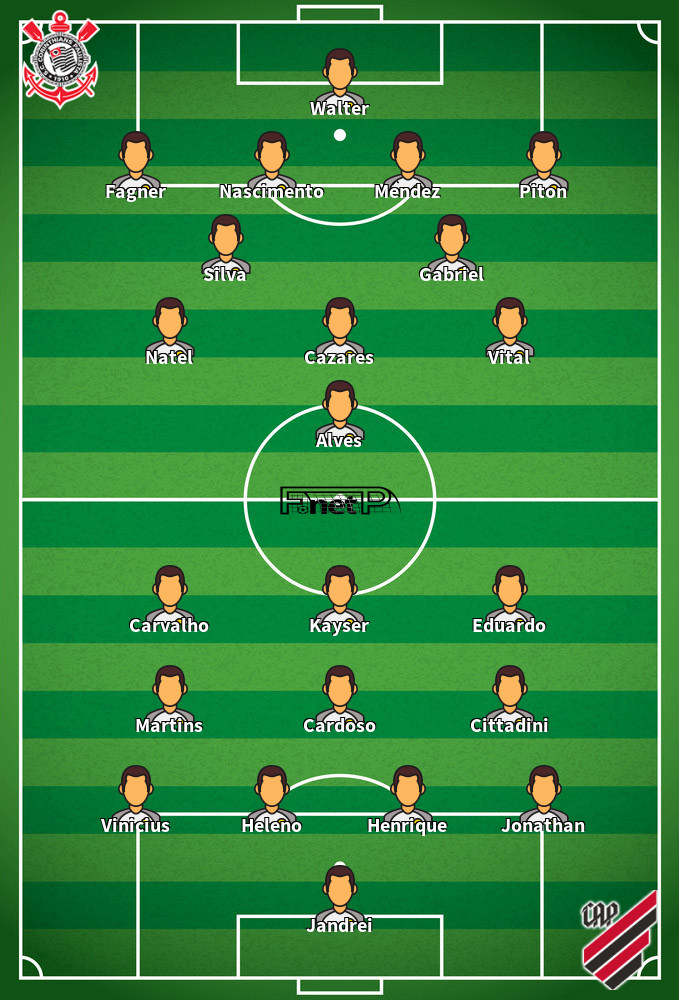 Generally taking to the field in the Striker position, Vitinho was born in São José dos Campo, Brazil. After making a first senior appearance for Atletico PR in the 2019 season, the gifted Forward has scored a sum of 2 league goals in this Série A 2020 campaign so far from a total of 5 appearances.

We have made these Atletico PR v Corinthians predictions for this match preview with the best intentions, but no profits are guaranteed. Please always gamble responsibly, only with money that you can afford to lose. Good luck!