Cuiabá will be visiting Estádio Joaquim Américo Guimarães on Sunday for the Serie A tie with home side Atletico PR.

Our full set of predictions, statistics and match poll for Atletico PR v Cuiabá can be seen below - as well as the best betting odds.

Atletico PR enter this game coming off the back of a 1-1 Serie A draw against Avaí.

Fewer than three goals per match were scored during 5 of the last 6 fixtures where Atletico PR have taken part. In terms of the goal attribution in that period, their opponents scored a total of 4 while Atletico PR totted up 6.

Following on from tasting defeat last time out to Internacional in Serie A competition, Cuiabá and their travelling supporters will be hoping that they can get a better result in this one.

A run of reliable performances from the Cuiabá defence has resulted in their ‘goals against’ tally standing at 4 from their past 6 clashes combined. Over that same period, the number of goals that they have scored themselves is 3. With no two games being the same, it remains to be seen if such a trend might persist in this upcoming game or not.

Coming into this meeting, Cuiabá haven’t won away from home in the past 5 league matches.

The previous league game featuring these clubs was Serie A match day 8 on 29/05/2022 when it ended Cuiabá 0-1 Atletico PR.

That time, Cuiabá managed 58% possession and 10 shots on goal with 0 on target.

On the other side, Atletico PR had 19 attempts on goal with 8 of them on target. Vitor Roque (85') was the scorer.

The referee was Wagner do Nascimento.

The Atletico PR manager Luiz Scolari does not have any fitness concerns whatsoever before this match thanks to a fully injury-free group to pick from.

Owing to a completely healthy squad to choose from, the Cuiabá manager António Oliveira doesn’t have any fitness worries at all ahead of this match.

For this match, we think that Cuiabá are capable enough to put a goal past this Atletico PR side, but it probably shouldn’t be enough to prevent defeat.

We’re tipping a narrow 2-1 winning score for Atletico PR after the 90. There shouldn’t be much in it, either way. 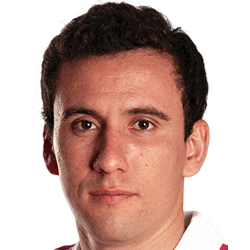 Mostly played in the Left Wing position, Pablo was born in Londrina, Brazil. Having played his first senior match for Atletico PR in the 2011 season, the skilful Forward has bagged 3 league goals in this Série A 2022 campaign to date in a total of 15 appearances.

We have made these Atletico PR v Cuiabá predictions for this match preview with the best intentions, but no profits are guaranteed. Please always gamble responsibly, only with money that you can afford to lose. Best of luck.