The Serie A game at Estádio Joaquim Américo Guimarães on Friday will see home side Atletico PR prepare for the visit of opponents, Sport Recife.

Scroll down for all of our predictions, poll and stats for the Atletico PR v Sport Recife game (including the best match odds).

Atletico PR will be looking for an improved result here following the 1-0 Serie A losing effort in their last game against Grêmio.

In their prior 6 games, Paulo Autuori's Atletico PR have managed to score 9 times resulting in an average number of goals per match of 1.5.

Ahead of this clash, Atletico PR are undefeated in their last 5 home league matches.

After being beaten in their last game against Atlético Mineiro in Serie A action, Sport Recife and their travelling supporters will be hoping that they can get a better result in this one.

Jair Ventura's Sport Recife have seen their efforts on goal rewarded a total of 7 times in the course of their latest 6 matches. The total of goals that they have conceded during the equivalent period adds up to 7.

Their prior results show that Sport Recife:

If we look at their past head to head duels dating back to 20/11/2016, there has been little between the sides with Atletico PR winning 3 of those games, Sport Recife 3 and 0 being drawn in regulation time.

In all, 12 goals were scored between the two sides throughout the course of those matches, with 8 of them from Furação and 4 created by Leão da Ilha. That’s an average goals per game of 2.

The previous league game between these clubs was Serie A match day 19 on 01/11/2020 when it ended Sport Recife 1-0 Atletico PR.

On that occasion, Sport Recife had 41% possession and 11 shots at goal with 3 on target. Their only player on the scoresheet was Thiago Neves (53').

Atletico PR had 12 attempts on goal with 2 of them on target.

Atletico PR manager Paulo Autuori doesn’t have any fitness concerns at all ahead of this match thanks to a fully injury-free group ready to go. The players ineligible for this match because of suspension are Richard and Thiago Heleno.

Owing to a completely injury-free group available to select from, Sport Recife manager Jair Ventura does not have any fitness concerns to speak of before this match.

We envisage that Sport Recife have the ability to breach the defence of this Atletico PR side, but that possibly won’t quite be enough to avoid defeat.

We’re predicting a close game with a 2-1 victory for Atletico PR after 90 minutes. Could easily see this go either way. 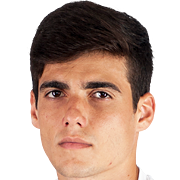 Generally playing in the Centre Midfield position, Léo Cittadini was born in Rio Claro, Brazil. Having made his senior debut playing for Santos in the 2013 season, the goalscoring Midfielder has bagged 4 league goals in the Série A 2020 season to date in 30 appearances.

We have made these Atletico PR v Sport Recife predictions for this match preview with the best intentions, but no profits are guaranteed. Please always gamble responsibly, only with money that you can afford to lose. Good luck!