Return to this page a few days before the scheduled game when this expired prediction will be updated with our full preview and tips for the next match between these teams.
Full-Time Result Prediction
👉
Atlético San Luis to Win

Scroll down to see all of the predictions, poll and statistics for Atlético San Luis v Club Tijuana - as well as up-to-date odds.

Atlético San Luis head into this fixture after a 2-2 Liga MX (Apertura) drawn result vs Puebla.

Their past results show that Atlético San Luis:

Club Tijuana head into the clash after a 2-1 Liga MX (Apertura) win to beat Santos Laguna in their most recent match.

The numbers tell their own story, and Club Tijuana have been scored against in 6 of their last 6 games, seeing opposing sides hit 9 goals in total. In defence, Club Tijuana certainly have room for improvement. It will be interesting to find out if that trend will be sustained into this next match.

That day, Atlético San Luis managed 53% possession and 20 attempts on goal with 6 of them on target. The goalscorers were Juan Castro (3') and Felipe Gallegos (95').

The referee was Luis Santander.

The Atlético San Luis manager has zero fitness concerns to speak of coming into this game owing to a completely injury-free group available to select from.

Due to a fully healthy squad ready to go, the Club Tijuana manager Robert Siboldi doesn’t have any fitness concerns whatsoever before this match.

We believe that Club Tijuana have the capability to break down this Atlético San Luis team, however that might not quite be enough to avoid defeat.

We’re expecting both teams to score in a 2-1 victory for Atlético San Luis when all is said and done. Definitely a tough call. 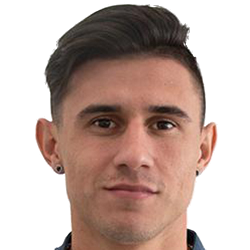 Customarily playing in the Striker position, Adam Bareiro was born in Asunción, Paraguay. Having made a first senior appearance for Monterrey in the 2018 - 2019 season, the goalscoring Forward has scored a sum of 2 league goals in the Liga MX (Apertura) 2021 - 2022 season to date in a total of 7 appearances.

While we have made these predictions for Atlético San Luis v Club Tijuana for this match preview with the best of intentions, no profits are guaranteed. Always gamble responsibly, and with what you can afford to lose. Good luck!