Scroll down for all of our predictions, poll and stats for the Atlético San Luis v Pachuca game (including the best match odds).

Atlético San Luis will be hoping for a repeat of their last result, following the 1-3 Liga MX (Apertura) victory against Atlas.

André Jardine's Atlético San Luis have hit the back of the net 8 times in their prior 6 outings. Conversely, the tally of goals that have been scored against them in that time amounts to 10.

A look at their previous results shows us that Atlético San Luis:

After being defeated in their last game at the hands of FC Juárez in Liga MX (Apertura) competition, Pachuca and their travelling fans will hope for a better result here.

The only name on the scoresheet from Pachuca was Illian Hernández (9'). Gabriel Fernández (3') and Alan Medina (43') scored for FC Juárez.

In a total of 5 of the previous 6 games involving Pachuca, a minimum of three goals have gone in. The overall average goals scored per match in that spell is 4.17, with the number of goals averaged by Pachuca standing at 3. That sort of pattern might not be carried forward here, of course.

A study of past results between these clubs going back to 04/09/2020 tells us that these fixtures have not been kind to Atlético San Luis. They’ve not managed to get themselves any victories whatsoever while Pachuca have been too good for them, running out winners in 67% of those games played.

An aggregate of 21 goals were yielded between them during those clashes, with 6 from Rojiblancos and 15 being from Los Tuzos. The average goals per game has been 3.5.

The Atlético San Luis manager André Jardine will be happy not to have any fitness worries at all coming into this game owing to a fully injury-free squad available to choose from.

Owing to a completely healthy squad to choose from, the Pachuca boss Guillermo Almada has zero fitness concerns to speak of coming into this match.

Our feeling is that Atlético San Luis could find themselves struggling to hit the back of the net against this Pachuca side who will likely do enough to score at the other end and edge ahead.

We’re therefore tipping a highly competitive game with a 0-1 advantage for Pachuca at the conclusion of the game. 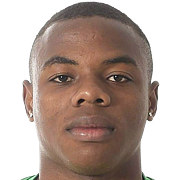 Typically played in the Left Wing position, Jhon Murillo was born in El Nula, Venezuela. After making a first senior appearance for Tondela in the 2015 - 2016 season, the accomplished Forward has netted 3 league goals in this Liga MX (Clausura) 2021 - 2022 campaign so far in a total of 16 appearances.

While we have made these predictions for Atlético San Luis v Pachuca for this match preview with the best of intentions, no profits are guaranteed. Always gamble responsibly, and with what you can afford to lose. Good luck with your selections.