All of our predictions, stats and the user poll for Independiente v Atlético Tucumán are shown below (inc. the best betting odds).

Independiente have found it difficult to unlock defences of late. Their sum of goals equals just 3 vs opposition teams over the course of their last 6 matches. In those meetings, El Diablo Rojo have also seen the number of goals against them come to 6.

After suffering a loss in their previous game against Talleres in Copa de la Liga Profesional competition, Atlético Tucumán and their fans will hope to get a better result this time.

The stats don’t lie, and Atlético Tucumán have been scored against in 5 of their last 6 matches, with opponents netting 11 goals in total. At the back, El Decano can certainly do much better. That kind of trend isn’t assured to be sustained into this next game, though.

Owing to a completely injury-free squad to choose from, Atlético Tucumán manager Omar de Felippe has zero fitness worries at all ahead of this match.

We’ve got the feeling that Atlético Tucumán will need to apply a lot of pressure to break down this Independiente team who should win and very possibly keep a clean sheet.

Therefore, we predict a hard-fought 1-0 winning margin for Independiente at the end of this one. 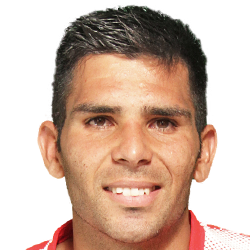 Typically used in the Striker position, Silvio Romero was born in Córdoba, Argentina. After having played his first senior match for Instituto in the 2005 - 2006 season, the accomplished Forward has got 12 league goals in the Superliga 2019 - 2020 campaign to date coming from a total of 20 appearances.

We have made these Independiente v Atlético Tucumán predictions for this match preview with the best intentions, but no profits are guaranteed. Please always gamble responsibly, only with money that you can afford to lose.