Our Atlético Tucumán v Talleres tips, poll and stats can be seen in full below (including the best match odds).

Atlético Tucumán will be wanting a better result here after the 0-1 Superliga loss in their previous game against Talleres.

Their most recent results reveal that huge efforts have been put in by the Atlético Tucumán backline. Atlético Tucumán have been miserly, with the tally of goals that have flown into the back of their net over the course of their previous 6 matches standing at 3.

Coming into this contest, Atlético Tucumán have not been beaten in their last 10 league matches at home. Visiting teams have certainly not had an easy time of it here.

In 5 of the previous six clashes featuring Talleres, a notably low volume of goals have gone in between them and opposing sides. The overall average goals scored per game in that period is a meagre 1.83, with the number of goals averaged by La T standing at 0.83. Previous results aside, we’ll just have to find out whether the trend might continue on in this next game.

If we look at their past head to head meetings going back to 09/02/2019, there has been little to separate the clubs with Atlético Tucumán winning 2 of those games, Talleres 2 and 2 being drawn after 90 minutes of play.

A sum of 15 goals were produced between them during those clashes, with 8 from El Decano and 7 for La T. That’s an average goals per game of 2.5.

The previous league match between the two was Copa de la Liga Profesional match day 13 on 30/04/2022 which ended up with the score at Atlético Tucumán 3-0 Talleres.

That day, Atlético Tucumán managed 46% possession and 17 shots on goal with 7 on target. Their only player to score was Cristian Menéndez (27', 95').

Talleres got 9 attempts on goal with 2 of them on target. Tomás Palacios (9' Own goal) was the scorer.

The match was refereed by Nazareno Arasa.

The Atlético Tucumán boss Lucas Pusineri has a full complement, with no fitness worries at all coming into this clash owing to a completely healthy squad available for selection.

Thanks to a fully injury-free squad to choose from, the Talleres boss Pedro Caixinha doesn’t have any fitness worries to report coming into this clash.

In our opinion, Talleres may find it difficult to score against this Atlético Tucumán team who we reckon should get a goal themselves and run out victorious.

We therefore fancy a narrow 1-0 advantage for Atlético Tucumán at the end of the 90 minutes. 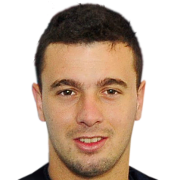 Typically used in the Central Attacking Midfielder position, Ramiro Carrera was born in Tolosa, Argentina. Having made his senior debut playing for Arsenal de Sarandí in the 2013 - 2014 season, the accomplished Midfielder has scored a sum of 5 league goals in this Primera División 2022 season to date from a total of 16 appearances.

While we have made these predictions for Atlético Tucumán v Talleres for this match preview with the best of intentions, no profits are guaranteed. Always gamble responsibly, and with what you can afford to lose. Good luck!