Return to this page a few days before the scheduled game when this expired prediction will be updated with our full preview and tips for the next match between these teams.
Full-Time Result Prediction
👉
Unión de Santa Fe to Win

Atlético Tucumán are the guests at Estadio 15 de Abril on Monday for the Superliga game with hosts Unión de Santa Fe.

Unión de Santa Fe fans will want a repeat of their previous result, being the 0-1 Superliga success versus Arsenal de Sarandí.

Following on from suffering a loss in their previous game against Defensa y Justicia in Superliga competition, Atlético Tucumán will be hoping to turn things around here.

The stats tell the story, and Atlético Tucumán have been scored against in 6 of their last 6 games, seeing opposing sides hit 16 goals in total. In defence, Atlético Tucumán seem to have a bit of a soft underbelly. We will just have to find out whether or not that trend will end up being sustained here.

Coming into this contest, Atlético Tucumán have not won away from home in their last 6 matches in the league.

A glance at their most recent head to head meetings dating back to 22/04/2018 tells us that Unión de Santa Fe have won 1 of them & Atlético Tucumán 3, with the tally of drawn results standing at 2.

A combined total of 20 goals were yielded between them during those clashes, with 9 of them for El Tatengue and 11 created by El Decano. That is an average goals per game value of 3.33.

The Unión de Santa Fe boss Gustavo Munúa has no fitness worries whatsoever before this match with a fully healthy squad available to select from.

Owing to a fully healthy squad available to choose from, the Atlético Tucumán boss Pablo Guiñazú does not have any fitness worries whatsoever ahead of this clash.

Atlético Tucumán should have enough to put a goal past this Unión de Santa Fe side, although that possibly won’t quite be enough to prevent defeat.

We’re predicting both teams to score in a 2-1 winning score for Unión de Santa Fe by the time that the referee blows the final whistle. Could easily see this go either way. 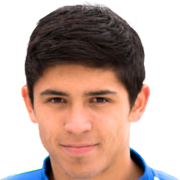 Mostly used in the Central Attacking Midfielder position, Mauro Luna Diale was born in Buenos Aires, Argentina. Having made his senior debut playing for Unión de Santa Fe in the 2021 season, the goalscoring Midfielder has struck 4 league goals in this Superliga 2021 campaign to date from a total of 10 appearances.

We have made these Unión de Santa Fe v Atlético Tucumán predictions for this match preview with the best intentions, but no profits are guaranteed. Please always gamble responsibly, only with money that you can afford to lose. Best of luck with your selections.