Olympiacos make the trip to Peristeri Stadium on Sunday for the Super League game with home side Atromitos.

Scroll down for all of our predictions, poll and stats for the Atromitos v Olympiacos game including the latest game odds.

Atromitos prepare for this fixture after a 1-1 Super League drawn match against Lamia.

In that game, Atromitos had 58% possession and 10 attempts at goal with 5 on target. The only player on the scoresheet for Atromitos was Dorin Rotariu (8'). At the other end, Lamia had 10 attempts on goal with 3 of them on target. Georgios Kornezos (47') was the scorer for Lamia.

Fewer than three goals per game were scored during 6 of the last 6 meetings where Atromitos have taken part. Breaking down the goal split during that period, their opponents scored a total of 6 while Atromitos managed the sum of 5. We will have to see whether or not that trend will end up being continued on here.

Looking at their past form shows that Atromitos:

Olympiacos will go into the game following a 1-0 Super League win with the defeat of Aris FC in their previous outing.

The trend of at least one team drawing a blank in games involving Olympiacos has become fairly consistent of late. Examining their last six outings reveals that it has happened 5 times. During those clashes, opposing sides have hit a goal total of 2 and Olympiacos have scored 14.

Going into this game, the form guide shows that Olympiacos:

An inspection of past results between these clubs stretching back to 09/02/2020 reveals that these fixtures have ended in disappointment for Atromitos. They’ve not been able to get any victories at all while Olympiacos have managed to find a way, running out winners in 83% of those ties.

11 goals were shared by the two clubs during those clashes, with 0 of them for Atromitos and 11 for Τhrylos. This gives an average number of goals per game equal to 1.83.

The previous league fixture featuring the two was Super League match day 6 on 02/10/2022 which finished with the scoreline of Olympiacos 2-0 Atromitos.

Atromitos got 5 shots at goal with 2 on target.

The referee was Georgios Tzovaras.

Availability isn’t a big problem, with just a single fitness concern for the Atromitos boss Chris Coleman to be concerned with thanks to an almost full-strength group of players. Kyriakos Kivrakidis (Cruciate Ligament Rupture) won’t play.

Olympiacos manager Míchel González has to choose from a squad that has some fitness concerns. Marcelo (Unknown Injury) and Panagiotis Retsos (Adductor problems) are those who can’t be considered. Oleg Reabciuk will not be able to play in this game through being suspended.

We feel that in this game, Atromitos are likely to breach the defence of this Olympiacos team, although one goal probably won’t be enough to avoid a loss.

We’re going for a very close game with a 1-2 win for Olympiacos when the full-time whistle blows. We’ll have to see what happens. 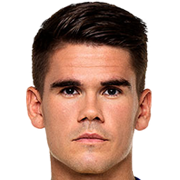 Customarily played in the Striker position, Viðar Örn Kjartansson was born in Selfoss, Iceland. After making a first senior appearance for UMF Selfoss in the 2010 season, the dangerous Forward has scored 5 league goals in the Super League 2022 - 2023 season to date in 18 appearances.

We have made these Atromitos v Olympiacos predictions for this match preview with the best intentions, but no profits are guaranteed. Please always gamble responsibly, only with money that you can afford to lose. Good luck with your selections.