For all of our match predictions, pre-game poll and statistics for Freiburg v Augsburg, scroll down (including the best match odds).

Freiburg will play in this fixture following a 1-1 Bundesliga 1 tied result against Eintracht Frankfurt.

Matches featuring Freiburg have proved to be engaging affairs recently with high scoring anticipated. Over their past six clashes alone, the sum of 21 goals have been scored for both sides combined (at an average of 3.5 goals per game) with 9 of them being chalked up by Freiburg.

Going into this game, the form guide shows that Freiburg:

Augsburg go into this clash following on from a 1-0 Bundesliga 1 win in the defeat of Borussia Mönchengladbach in their last match.

In that match, Augsburg managed 44% possession and 14 attempts at goal with 4 on target. The scorer for Augsburg was Mërgim Berisha (82'). Borussia Mönchengladbach got 7 attempts on goal with 2 on target.

The stats don’t lie, and Augsburg have been scored against in 5 of their last 6 matches, letting opponents get 11 goals in all. In defence, Augsburg have some weaknesses to address. Such a trend might not be carried forward into this next game, of course.

Leading up to this clash, Augsburg:

An examination of their past head to head meetings stretching back to 15/02/2020 tells us that these fixtures have not been kind to Augsburg. They’ve not managed to get any wins at all while Freiburg have remained in the ascendancy, beating them in 67% of those matches.

A combined total of 16 goals were produced between them throughout the course of those matches, with 13 from Freiburg and 3 for Augsburg. That is an average goals per game value of 2.67.

The last league game featuring these sides was Bundesliga 1 match day 1 on 06/08/2022 when the final score was Augsburg 0-4 Freiburg.

In that game, Augsburg had 53% possession and 11 attempts at goal with 2 on target.

There aren’t many personnel worries, with just the sole fitness concern for the Freiburg gaffer Christian Streich to be concerned with from of an almost fully healthy set of players. Roland Sallai (Muscular problems) misses out.

In this match, Freiburg should get the win and a possible clean sheet when they come up against Augsburg, who won’t find it easy to get a goal of their own.

We’re therefore expecting to see a decent 2-0 winning score for Freiburg at full-time. 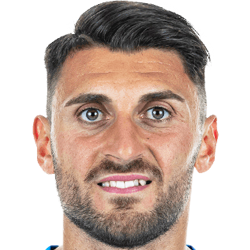 Typically deployed in the Left Wing position, Vincenzo Grifo was born in Pforzheim, Germany. After having played his first senior match for Hoffenheim in the 2012 - 2013 season, the accomplished Forward has scored 9 league goals in this Bundesliga 2022 - 2023 season so far in a total of 15 appearances.

We have made these Freiburg v Augsburg predictions for this match preview with the best intentions, but no profits are guaranteed. Please always gamble responsibly, only with money that you can afford to lose. Good luck if you do place a bet today.