Return to this page a few days before the scheduled game when this expired prediction will be updated with our full preview and tips for the next match between these teams.
Full-Time Result Prediction
👉
Tunisia to Win

Tunisia will come up against Australia in Saturday’s upcoming World Cup clash.

Our predictions, user poll and statistics for Tunisia v Australia can be found here - along with the latest match odds.

Tunisia head into this game following a 0-0 World Cup draw vs Denmark.

In that game, Tunisia managed 39% possession and 13 attempts at goal with 1 of them on target. Denmark had 11 attempts on goal with 5 on target.

Tunisia have struggled with their forward play in recent times. Their sum of goals stands at just 3 against opponents during the course of their previous six outings. In those meetings, Tunisia have also seen the tally of goals against them come to 6. Nonetheless, we must now wait to see if that trend might be replicated in this next game.

Since suffering a loss in their previous game against France in World Cup competition, Australia and their fans will hope to get a better result this time.

In that match, Australia had 37% possession and 4 shots on goal with 1 of them on target. The only player on the scoresheet for Australia was Craig Goodwin (9'). On the other side, France had 23 shots at goal with 7 of them on target. Adrien Rabiot (27'), Olivier Giroud (32', 71') and Kylian Mbappé (68') scored for France.

A succession of resolute performances from the Australia defence has seen the number of goals they’ve conceded amounting to 4 from their past 6 fixtures combined. During the same time, their own attack force has managed to score 8.

We are thinking that The Eagles of Carthage should use a 3-4-2-1 system for this game and select Aymen Dahmen, Dylan Bronn, Yassine Meriah, Montassar Talbi, Mohamed Draeger, Ali Abdi, Ellyes Skhiri, Aissa Laidouni, Wahbi Khazri, Youssef Msakni and Issam Jebali.

When taking all factors into account, Australia have it within them to find the net against this Tunisia lineup, although it may not quite be enough to avoid defeat.

We’re predicting a narrow 2-1 win for Tunisia after 90 minutes. Looking forward to this. 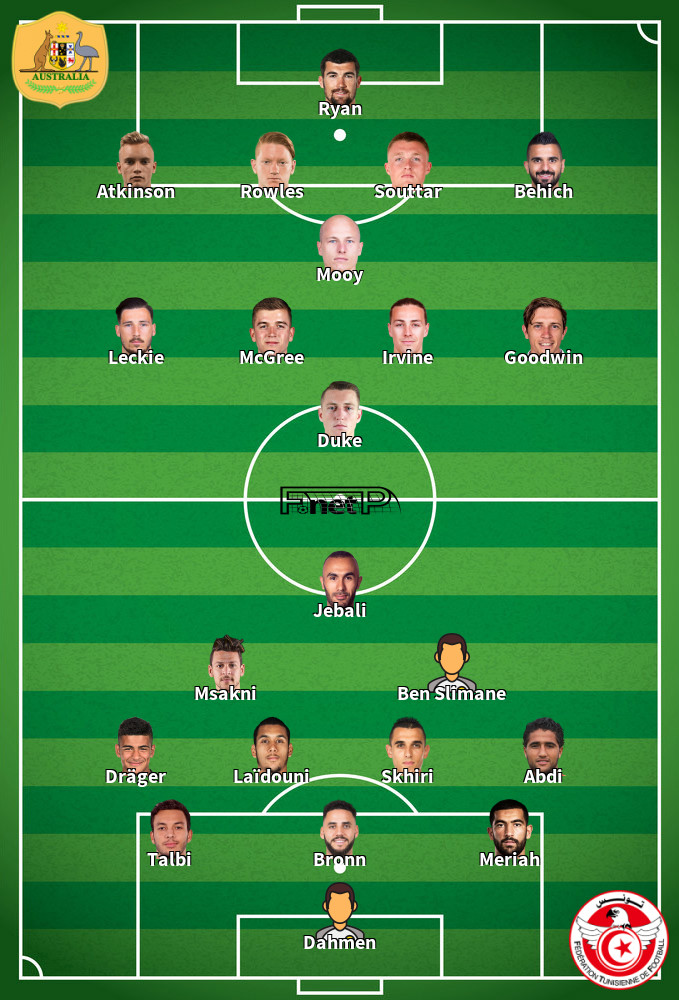 We have made these Tunisia v Australia predictions for this match preview with the best intentions, but no profits are guaranteed. Please always gamble responsibly, only with money that you can afford to lose. Best of luck with your selections.