Austria Klagenfurt will take to the pitch with visiting club FC Juniors OÖ at Wörthersee Stadion in the 2. Liga game on Sunday.

Our tips, poll and stats for Austria Klagenfurt v FC Juniors OÖ can all be found here (inc. the best betting odds).

Matches involving Austria Klagenfurt have often been lively encounters lately with high scoring anticipated. Over their past half dozen games, a total of 21 goals have flown in for both teams combined (at an average of 3.5 goals per game) with 16 of those belonging to Klagenfurt.

Going into this contest, Austria Klagenfurt are undefeated in their last 2 league matches at home.

Following on from a loss in their previous game against Vorwärts Steyr in 2. Liga competition, FC Juniors OÖ and their travelling fans will hope for a better result here.

Showing their involvement in high-scoring encounters, we’ve seen goals 21 times in the last six games in which FC Juniors OÖ have taken to the pitch, giving a mean average of 3.5 goals for each clash. Opposing teams have managed 10 of these goals. That aside, we’ll just have to find out whether that trend might be sustained in this next match.

Ahead of this meeting, FC Juniors OÖ haven't been defeated in their previous 2 league matches away from home.

We feel that Austria Klagenfurt will more than likely get a couple of goals in this one when they come up against FC Juniors OÖ, who will be up against it scoring.

Our tip is for a 2-0 win for Austria Klagenfurt by the time that the referee blows the final whistle. 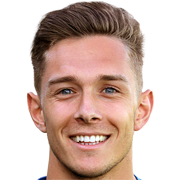 Regularly taking up the Left Wing position, Oliver Markoutz was born in Austria. After making a first senior appearance for SKN St. Pölten in the 2014 - 2015 season, the skilful Forward has got 6 league goals in the 2. Liga 2020 - 2021 season so far in 18 appearances.

We have made these Austria Klagenfurt v FC Juniors OÖ predictions for this match preview with the best intentions, but no profits are guaranteed. Please always gamble responsibly, only with money that you can afford to lose. Good luck with your selections.