Scroll down to see all of the predictions, poll and statistics for Austria Klagenfurt v Red Bull Salzburg (including the best match odds).

Austria Klagenfurt head into this match after a 0-0 Bundesliga draw versus Austria Vienna.

Peter Pacult's Austria Klagenfurt have netted a sum total of 11 times in their past six outings. At the other end, the tally of goals that have been scored against them in that same time is 7.

Following on from tasting defeat last time out to Lille in Champions League competition, Red Bull Salzburg will be aiming to make amends here.

Matthias Jaissle's Red Bull Salzburg have slotted home 7 times throughout their most recent six matches. The overall goals that have been scored against them during those same clashes comes to 5.

The last league contest between these clubs was Bundesliga match day 5 on 21/08/2021 and the score finished Red Bull Salzburg 3-1 Austria Klagenfurt.

In that match, Red Bull Salzburg had 79% possession and 23 attempts at goal with 5 of them on target. The goalscorers were Karim Adeyemi (3'), Mërgim Berisha (70') and Rasmus Kristensen (84').

For their opponents, Austria Klagenfurt had 6 shots on goal with 2 on target. Alex Timossi Andersson (14') scored.

The Austria Klagenfurt manager Peter Pacult does not have any fitness concerns at all ahead of this match thanks to a completely injury-free squad ready to go.

Thanks to a fully healthy squad available to select from, the Red Bull Salzburg boss Matthias Jaissle doesn’t have any fitness concerns to speak of coming into this game.

We believe that Red Bull Salzburg can create a good amount of chances and successful shots on target.

In contrast, Austria Klagenfurt might well find it a difficult task to find the back of the net but we do fancy them scoring here.

Our selection here is for a fairly comfortable 1-3 margin for Red Bull Salzburg at the end of this one. 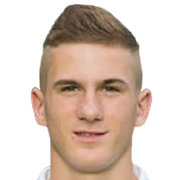 Normally playing in the Central Defensive Midfielder position, Turgay Gemicibaşi was born in Riesa, Turkey. Having made a first senior appearance for FC Blau-Weiss Linz in the 2019 - 2020 season, the accomplished Midfielder has managed 3 league goals in this Bundesliga 2021 - 2022 season to date from a total of 14 appearances.

We have made these Austria Klagenfurt v Red Bull Salzburg predictions for this match preview with the best intentions, but no profits are guaranteed. Please always gamble responsibly, only with money that you can afford to lose. Best of luck.