Austria Vienna will be visiting Wörthersee Stadion on Sunday for the Bundesliga clash with home side Austria Klagenfurt.

Full predictions, pre-match stats and user poll for Austria Klagenfurt v Austria Vienna are shown on this page (plus the best game odds).

Austria Klagenfurt won’t want a repeat of their last result here following a 1-2 Bundesliga loss in their previous game against Austria Vienna.

Matches featuring Austria Klagenfurt have proved to be entertaining affairs lately with a lot of goalmouth action the rule rather than the exception. Over their past half dozen games alone, the sum total of 23 goals have been scored for both sides combined (at an average of 3.83 goals per game) with 8 of these belonging to Austria Klagenfurt.

Coming into this clash, Austria Klagenfurt haven’t won at home in the past 5 matches in the league. Things will have to change soon.

The stats tell the story, and Austria Vienna have been scored against in 6 of their last 6 games, conceding 11 goals in total. Defensively, Austria Vienna have clearly had some problems. Such a pattern isn’t assured to be sustained into this game, however.

The last league clash between these sides was Bundesliga match day 3 on 03/04/2022 when it finished Austria Vienna 1-1 Austria Klagenfurt.

In that game, Austria Vienna had 66% possession and 16 attempts on goal with 6 of them on target. Their only player to score was Marco Djuricin (57').

For their opponents, Austria Klagenfurt had 6 attempts at goal with 2 of them on target. Florian Jaritz (28') scored.

We’re of the opinion that Austria Klagenfurt will have to perform well to find the net against this Austria Vienna side who we think should end up scoring and possibly keep a clean sheet as well.

We’ve gone for a very competitive encounter with a 0-1 winning score for Austria Vienna at the end of this one. 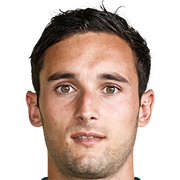 Normally playing in the Striker position, Markus Pink was born in Klagenfurt, Austria. After making a first senior appearance for in the 2008 - 2009 season, the accomplished Forward has managed to score 12 league goals in the Bundesliga 2021 - 2022 campaign so far in 28 appearances.

We have made these Austria Klagenfurt v Austria Vienna predictions for this match preview with the best intentions, but no profits are guaranteed. Please always gamble responsibly, only with money that you can afford to lose.