The Bundesliga tie at Wörthersee Stadion on Sunday will see hosts Austria Klagenfurt do battle with Sturm Graz.

Austria Klagenfurt enter this fixture coming off the back of a 2-2 Bundesliga draw versus Rapid Vienna.

Austria Klagenfurt have been finding it hard to keep clean sheets of late, but they have also done enough to hit the back of the net themselves. Looking at their last 6 games, Austria Klagenfurt have seen their goal breached in 6 of them while also scoring in 5 of those matches. We will see if that trend will be sustained in this game.

Ahead of this meeting, Austria Klagenfurt haven’t won at home in the past 4 matches in the league. Their supporters are understandably frustrated.

Sturm Graz head into the game after a 2-1 Bundesliga win to beat Red Bull Salzburg in their last fixture.

A succession of hard-working displays from the Sturm Graz defenders has seen the number of goals they’ve conceded standing at 4 from their last 6 outings combined. In that time, their own attack force has managed to score 11.

The last league game between these sides was Bundesliga match day 2 on 20/03/2022 when the final score was Sturm Graz 3-1 Austria Klagenfurt.

For their opponents, Austria Klagenfurt had 8 shots on goal with 3 on target. Markus Pink (39') scored.

We feel that in this game, Sturm Graz will probably dominate possession and create several successful chances.

Conversely, Austria Klagenfurt will not find it easy to find success in front of goal- but, we do see them converting at least once.

Our tip is for a fairly comfortable 1-3 win for Sturm Graz at full-time. 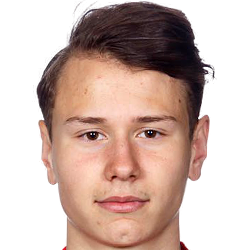 Generally taking to the field in the Central Attacking Midfielder position, Alex Timossi Andersson was born in Sweden. Having made a first senior appearance for Helsingborgs IF in the 2017 season, the talented Midfielder has struck 5 league goals in the Bundesliga 2021 - 2022 season so far in 26 appearances.

While we have made these predictions for Austria Klagenfurt v Sturm Graz for this match preview with the best of intentions, no profits are guaranteed. Always gamble responsibly, and with what you can afford to lose. Best of luck.