Return to this page a few days before the scheduled game when this expired prediction will be updated with our full preview and tips for the next match between these teams.
Full-Time Result Prediction
👉
SV Ried to Win

Austria Klagenfurt will arrive at Josko Arena on Saturday for the Bundesliga meeting with hosts SV Ried.

View all of the SV Ried v Austria Klagenfurt predictions, poll and stats below - as well as the best betting odds.

Matches with SV Ried have tended to be entertaining encounters recently with a lot of goalmouth action anticipated. Over their past half dozen clashes alone, the sum of 22 goals have flown in for both sides combined (at an average of 3.67 goals per game) with 10 of them coming from SV Ried. Regardless, it remains to be seen whether that trend will be sustained in this upcoming game.

Austria Klagenfurt will go into the meeting following on from a 0-4 Bundesliga win in the defeat of Cashpoint SCR Altach in their most recent fixture.

In that game, Austria Klagenfurt managed 37% possession and 13 shots on goal with 6 of them on target. For Austria Klagenfurt, the scorers were Florian Rieder (48') and Markus Pink (61', 66'). For their opponents, Cashpoint SCR Altach got 18 attempts on goal with 8 on target. Pape Alioune N'Diaye (39' Own goal) was the scorer for Cashpoint SCR Altach.

The last league fixture between these clubs was 2. Liga match day 17 on 21/02/2020 and the score finished Austria Klagenfurt 1-1 SV Ried.

We’re thinking that Austria Klagenfurt might have a difficult job to put one past this SV Ried team who we reckon should get a goal themselves and run out victorious.

Our tip is therefore for a 1-0 advantage for SV Ried at the end of the match. 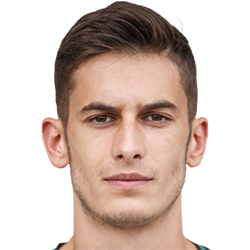 Mostly playing in the Left Attacking Midfielder position, Ante Bajic was born in Austria. After having made a senior debut playing for SV Ried in the 2018 - 2019 season, the gifted Midfielder has contributed 2 league goals in the Bundesliga 2021 - 2022 season so far from a total of 4 appearances.

While we have made these predictions for SV Ried v Austria Klagenfurt for this match preview with the best of intentions, no profits are guaranteed. Always gamble responsibly, and with what you can afford to lose. Good luck with your selections.