FC Blau-Weiss Linz, following on from their previous result, will be hoping for more of the same after the 0-1 2. Liga victory vs FC Wacker Innsbruck.

Their most recent results shine a light on the fact that things are going according to plan in the FC Blau-Weiss Linz backline. FC Blau-Weiss Linz have been stingy, with the total number of goals that have gone past their goalkeeper over the course of their previous 6 games standing at 4.

A look at their previous results shows us that FC Blau-Weiss Linz:

Since being defeated in their last game at the hands of SV Horn in 2. Liga competition, Austria Wien Amateure and their travelling supporters will be hoping that they can get a better result in this one.

The numbers tell their own story, and Austria Wien Amateure have been scored against in 5 of their last 6 games, letting opponents get 10 goals in total. Defensively, Austria Wien Amateure seem to have a bit of a soft underbelly. Previous results aside, we’ll just have to find out if such a trend might be replicated in this next match.

An examination of their prior head to head clashes going back to 26/10/2018 shows that FC Blau-Weiss Linz have won 4 of these & Austria Wien Amateure 2, with the number of drawn results being 0.

Those games weren’t short on goals, either, with 34 overall which averages out at 5.67 goals per match.

On the other side, Austria Wien Amateure had 8 shots on goal with 4 on target.

The referee was Oliver Fluch.

With a completely healthy group available to select from, the Austria Wien Amateure manager Harald Suchard has no fitness concerns to report ahead of this match.

Looking at these two teams, we feel that Austria Wien Amateure certainly have the ability to put a goal past this FC Blau-Weiss Linz side, but that possibly won’t prevent them from conceding a couple at the other end.

Our tip is for a tight encounter finishing with a 2-1 winning margin for FC Blau-Weiss Linz after the 90. Should be an interesting one. 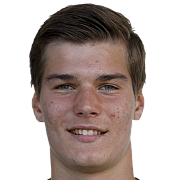 Regularly playing in the Striker position, Stefano Surdanovic was born in Wels, Austria. Having made a first senior appearance for SV Ried in the 2017 - 2018 season, the goalscoring Forward has managed 4 league goals in this 2. Liga 2021 - 2022 season so far in a total of 10 appearances.

We have made these FC Blau-Weiss Linz v Austria Wien Amateure predictions for this match preview with the best intentions, but no profits are guaranteed. Please always gamble responsibly, only with money that you can afford to lose. We wish you the best of luck.