Austria Wien Amateure will be facing away team FC Liefering at Generali-Arena in the 2. Liga fixture on Friday.

For all of our match predictions, pre-game poll and statistics for Austria Wien Amateure v FC Liefering, scroll down (inc. the best betting odds).

Austria Wien Amateure will be wanting a better result here following the 2-1 2. Liga defeat last time out to Floridsdorfer AC.

The only player to score from Austria Wien Amateure was Aleksandar Jukic (35'). Marco Sahanek (56') and Bojan Lugonja (79') scored for Floridsdorfer AC.

Aus Wien II have been conceding pretty frequently of late, although they have also done enough to score goals themselves. Looking at their last 6 games, Aus Wien II have conceded in 5 of them while also getting on the scoresheet in 5 of those matches. While that may be of interest, we will just have to wait and see if such a trend shall persist here in this game or not.

Ahead of this clash, Austria Wien Amateure have not won at home in their last 3 league matches.

FC Liefering head into the meeting following on from a 1-0 2. Liga win with the defeat of SV Lafnitz in their most recent game.

The only name on the scoresheet from FC Liefering was Luka Sučić (87').

In their last six clashes, FC Liefering have amassed a total of 12 goals. Liefering have also scored in every single one of those games. Over that period, their defenders have had 5 goals scored by their opponents.

Going into this one, FC Liefering haven't been defeated in their previous 7 away league matches.

Austria Wien Amateure manager Harald Suchard will be thankful to have no fitness worries whatsoever coming into this match thanks to a fully injury-free group ready to go.

Due to a mostly available squad, there is just the sole fitness issue for the FC Liefering manager Bo Svensson to contend with. Csaba Bukta (Shoulder Injury) misses out for this game.

We envisage that FC Liefering will probably be in control for long periods of time and should be able to convert a few of their chances.

In contrast, Austria Wien Amateure might well find it difficult to score themselves, although we do see them managing to get on the scoresheet. 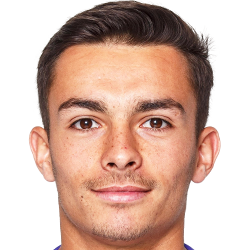 Regularly used in the Central Attacking Midfielder position, Anouar El Moukhantir was born in Germany. Having played his first senior match for Austria Wien Amateure in the 2018 - 2019 season, the goalscoring Midfielder has netted 2 league goals in this 2. Liga 2020 - 2021 season so far in 5 appearances.

We have made these Austria Wien Amateure v FC Liefering predictions for this match preview with the best intentions, but no profits are guaranteed. Please always gamble responsibly, only with money that you can afford to lose. We wish you the best of luck.