Return to this page a few days before the scheduled game when this expired prediction will be updated with our full preview and tips for the next match between these teams.
Full-Time Result Prediction
👉
Austria Wien Amateure to Win

KSV 1919 head to Generali-Arena on Friday for the 2. Liga showdown with home team Austria Wien Amateure.

All Austria Wien Amateure v KSV 1919 game predictions, stats and user poll are shown below - as well as up-to-date odds.

Austria Wien Amateure, buoyed by their previous result, will be hoping for more of the same after the 1-4 2. Liga victory against SV Horn.

Over their past six fixtures, Harald Suchard's Austria Wien Amateure have seen rewards for their attempts on goal 11 times, with that being an average number of goals per match of 1.83.

Coming into this fixture, Austria Wien Amateure are unbeaten in the league by KSV 1919 in their last 3 matches.

KSV 1919 will go into this match following on from a 1-0 2. Liga win with the eclipse of Floridsdorfer AC in their most recent game.

During their 6 most recent matches, Abdulah Ibraković's KSV 1919 have seen their efforts on goal rewarded a total of 8 times thus giving them the goals scored per game average of 1.33.

Coming into this fixture, KSV 1919 have not won away from home in their last 3 matches in the league.

Checking out their prior head to head meetings stretching back to 29/04/2008, there has been little between the sides with Austria Wien Amateure winning 2 of those games, KSV 1919 2 and 2 being drawn in regulation time.

In all, 21 goals were yielded between them throughout the course of those matches, with 11 from Aus Wien II and 10 created by KSV. That’s an average goals per game figure of 3.5.

The match was refereed by Stefan Ebner.

Austria Wien Amateure manager Harald Suchard will be grateful to have no fitness concerns to speak of coming into this game thanks to a fully healthy group available to choose from.

Owing to a completely healthy squad available to choose from, KSV 1919 boss Abdulah Ibraković has no fitness concerns whatsoever before this game.

We feel that KSV 1919 should be able to find the back of the net against this Austria Wien Amateure lineup, however it may not quite be as many as the goals that they could concede.

We can see a very close game with a 2-1 win for Austria Wien Amateure at the end of this one. It will be interesting to see how this one goes. 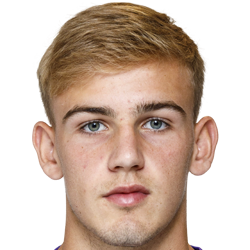 Normally taking up the Central Defensive Midfielder position, Niels Hahn was born in Austria. Having made a first senior appearance for Austria Wien Amateure in the 2018 - 2019 season, the goalscoring Midfielder has netted 3 league goals in the 2. Liga 2020 - 2021 campaign to date from a total of 13 appearances.

We have made these Austria Wien Amateure v KSV 1919 predictions for this match preview with the best intentions, but no profits are guaranteed. Please always gamble responsibly, only with money that you can afford to lose. We wish you the best of luck.