The Bundesliga clash at Generali-Arena on Sunday will see home side Austria Vienna play against LASK Linz.

To see all of our predictions, user poll & stats for Austria Vienna v LASK Linz, scroll down (including the best match odds).

Austria Vienna will be hoping for a better result following a 3-0 Bundesliga defeat in their last game at the hands of Red Bull Salzburg.

Coming into this clash, Austria Vienna are undefeated in their previous 2 league matches at home.

LASK Linz will come into the match after a 3-1 Bundesliga win to defeat Austria Klagenfurt in their previous fixture.

In as many as 5 of the previous 6 games involving LASK Linz, three or more goals have gone in. The average goals scored per match during that time is 4.83, with the number of goals averaged by LASK Linz being 3.33. We will just have to see whether or not that trend can be sustained in this game.

A look at their most recent head-to-head meetings going back to 03/08/2019 shows us that Austria Vienna have won 1 of these & LASK Linz 4, with the tally of draws being 1.

A sum of 15 goals were shared by the two clubs in these games, with 5 of them for Die Veilchen and 10 being from LASK Linz. The average goals per game has been 2.5.

The previous league meeting between these sides was Bundesliga match day 18 on 12/12/2021 when it finished Austria Vienna 2-3 LASK Linz.

In that game, Austria Vienna had 46% possession and 11 shots at goal with 6 of them on target. Goals were scored by Georg Teigl (1') and Aleksandar Jukic (30').

Due to a fully healthy group available to select from, the LASK Linz manager Dietmar Kühbauer has no fitness worries at all before this match.

We’re of the view that LASK Linz and Austria Vienna may well end up cancelling each other out here.

A close call, and we think a draw is quite likely. We’re therefore expecting a very close game with a 1-1 scoreline at the end of the 90 minutes. 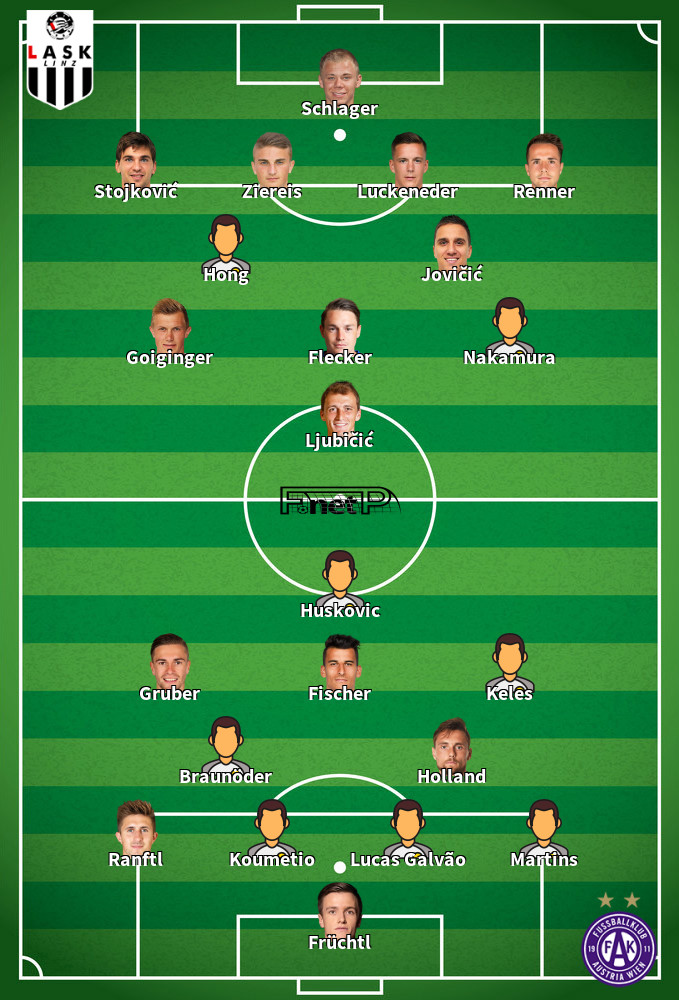 We have made these Austria Vienna v LASK Linz predictions for this match preview with the best intentions, but no profits are guaranteed. Please always gamble responsibly, only with money that you can afford to lose. Good luck with your selections.