Avaí are the guests at Estádio Cícero Pompeu de Toledo on Sunday for the Serie A game with home side São Paulo.

For all of our match predictions, pre-game poll and statistics for São Paulo v Avaí, scroll down (plus the best game odds).

São Paulo will be hoping for a repeat of their last result, following the 0-2 Serie A victory against Ceará.

In that game, São Paulo managed 61% possession and 21 shots on goal with 7 on target. For São Paulo, goals were scored by Jonathan Calleri (23') and Nahuel Bustos (93'). At the other end, Ceará had 8 attempts at goal with 1 of them on target.

Fewer than three goals per game were recorded in 5 of the last 6 fixtures where São Paulo have been involved. With regard to the goal distribution in that period, opposition teams scored an aggregate of 6 and São Paulo managed the sum of 7. In any event, we will just have to wait and see if such a trend might be maintained in this game.

A look at their previous results shows us that São Paulo:

Avaí come into this encounter following on from a 1-0 Serie A win as they beat Atlético Mineiro in their most recent fixture.

In that match, Avaí had 39% possession and 9 shots on goal with 4 on target. The only player on the scoresheet for Avaí was Bissoli (54'). On the other side, Atlético Mineiro got 13 attempts on goal with 3 on target.

Over the course of 6 of the prior six games involving Avaí, a comparatively low number of goals have been scored between them and their opposition. The overall average goals scored per game in that period comes out as just 1.5, with the number of goals averaged by Leão da Ilha equalling 0.67.

Their previous form shows that Avaí:

A review of their past head-to-head clashes dating back to 20/09/2015 tells us that São Paulo have won 2 of these games & Avaí 1, with the tally of draws standing at 3.

A total of 10 goals were produced between them in this period, with 6 of them from Tricolor Paulista and 4 being from Leão da Ilha. That is an average goals per game value of 1.67.

That time, Avaí had 53% possession and 17 attempts at goal with 6 of them on target. Their only player to score was Muriqui (66').

Owing to a fully healthy group to pick from, the Avaí boss Eduardo Barroca has no fitness worries whatsoever coming into this clash.

Our feeling is that São Paulo look likely to score at least once when they come up against Avaí, who could well find it tough scoring a goal of their own.

We therefore think that it’s going to be a pretty comfortable 2-0 margin for São Paulo when all’s said and done. 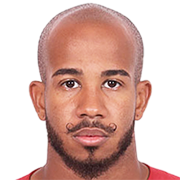 Mostly deployed in the Central Defensive Midfielder position, Patrick was born in Rio de Janeiro, Brazil. Having made his senior debut playing for Goias in the 2015 season, the goalscoring Midfielder has bagged 4 league goals in this Série A 2022 campaign to date in 21 appearances.

We have made these São Paulo v Avaí predictions for this match preview with the best intentions, but no profits are guaranteed. Please always gamble responsibly, only with money that you can afford to lose. Good luck!