Shimizu S-Pulse will be at Best Denki Stadium on Saturday for the J1 League tie with home side Avispa Fukuoka.

Our full set of predictions, statistics and match poll for Avispa Fukuoka v Shimizu S-Pulse can be seen below (including the best match odds).

Avispa Fukuoka will be hoping to return to winning ways here after a 1-0 J1 League defeat in their last game at the hands of Yokohama F. Marinos.

Avispa Fukuoka have found it difficult to unlock defences in more recent games. Their ‘goals for’ figure stands at just 4 vs opposition teams over the course of their previous six fixtures. In those meetings, Avispa Fukuoka have also seen the tally of goals that have gone against them come to 12.

Going into this one, Avispa Fukuoka are without a home win in the past 3 matches in the league.

In their previous game, Shimizu S-Pulse drew 1-1 in the J1 League tie with Shonan Bellmare.

In 6 of the prior 6 clashes featuring Shimizu S-Pulse, a comparatively low number of goals have been struck between them and their opponents. The overall average goals scored per game in that spell is a meagre 1.83, with the average goals for Shimizu equalling 1.17. That sort of trend might not be sustained into this match, however.

A quick look at past results between these clubs going back to 01/10/2006 tells us that these fixtures have not been happy ones for Avispa Fukuoka. They’ve not been able to come away with any wins whatsoever whereas Shimizu S-Pulse have just been too good for them, getting wins in 67 per cent of those games played.

A total of 20 goals were produced between them in this period, with 6 of them for Avispa and 14 created by Shimizu. That’s an average goals per game of 3.33.

The last league fixture between these sides was J1 League match day 17 on 18/06/2022 when it ended Shimizu S-Pulse 3-1 Avispa Fukuoka.

That time, Shimizu S-Pulse had 42% possession and 8 attempts at goal with 3 on target. The goalscorers were Kenta Nishizawa (7'), Thiago Santana (41') and Benjamin Kololli (85').

For their opponents, Avispa Fukuoka had 13 shots at goal with 5 of them on target. Yuya Yamagishi (80') was the scorer.

The referee was Hiroyuki Kimura.

The Avispa Fukuoka manager Shigetoshi Hasebe will be thankful to have no fitness concerns to speak of before this clash thanks to a completely injury-free group ready to go.

In our opinion, Shimizu S-Pulse and Avispa Fukuoka could both find goals hard to come by here.

Little in this one, and it’s almost too close to call. We therefore see a very competitive game with a 0-0 draw by the conclusion of this game. 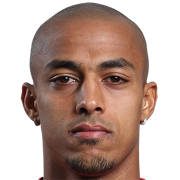 Mostly playing in the Striker position, Lukian was born in Nova Iguaçu, Brazil. Having made a first senior appearance for Júbilo Iwata in the 2019 season, the dangerous Forward has accumulated 3 league goals in this J1 League 2022 campaign to date coming from a total of 29 appearances.

While we have made these predictions for Avispa Fukuoka v Shimizu S-Pulse for this match preview with the best of intentions, no profits are guaranteed. Always gamble responsibly, and with what you can afford to lose. Good luck!