Avispa Fukuoka will be visiting NOEVIR Stadium Kobe on Saturday for the J1 League fixture with home side Vissel Kobe.

Vissel Kobe are hoping to win again after their last result, a 5-1 J1 League success versus Urawa Red Diamonds.

Atsuhiro Miura's Vissel Kobe have celebrated scoring 10 times in their past 6 outings. At the other end, the number of goals that have been scored against them in those same fixtures stands at 6.

Coming into this meeting, Vissel Kobe have not been beaten in their last 2 league matches at home.

Since being beaten in their last game against Shimizu S-Pulse in J1 League action, Avispa Fukuoka will be aiming to make amends here.

A succession of steadfast displays by the Avispa Fukuoka defenders has resulted in the number of goals they’ve conceded amounting to 3 from their past 6 outings combined. In that period of time, the number of goals that they have scored themselves amounts to 12. We will have to find out if that trend will end up being continued on into this next match.

Ahead of this clash, Avispa Fukuoka are unbeaten in their previous 2 league matches away from home.

Checking on their prior head to head clashes going back to 24/08/2011 shows that Vissel Kobe have won 3 of these games & Avispa Fukuoka 0, with the number of drawn matches being 3.

An aggregate of 16 goals were produced between them throughout the course of those matches, with 12 for Ushi and 4 for Avispa. This gives an average number of goals per game equal to 2.67.

The previous league clash featuring these sides was J1 League match day 18 on 19/06/2021 which finished with the scoreline of Avispa Fukuoka 1-2 Vissel Kobe.

That day, Avispa Fukuoka managed 35% possession and 9 attempts at goal with 2 of them on target. The scorer was Yuya Yamagishi (19').

On the other side, Vissel Kobe had 10 shots at goal with 2 of them on target. Kyogo Furuhashi (2') and Andrés Iniesta (80') scored.

There aren’t many personnel worries, with just the lone fitness concern for the Vissel Kobe gaffer Atsuhiro Miura to contend with from an otherwise complete set of players. Hotaru Yamaguchi (Calf Injury) won’t play.

Out of a mainly available squad, there is only a single fitness issue for the Avispa Fukuoka manager Shigetoshi Hasebe to be concerned with. Rikihiro Sugiyama (Achilles tendon rupture) won’t be playing here.

Our thinking is that Avispa Fukuoka should have enough to breach the defence of this Vissel Kobe side, however that is unlikely to be as many as the goals that they could concede.

We’re predicting a tight encounter finishing with a 2-1 victory for Vissel Kobe by the time that the referee blows the final whistle. There shouldn’t be much in it, either way. 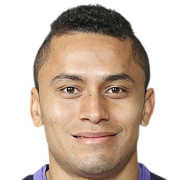 Generally playing in the Striker position, Douglas was born in Morros, Brazil. Having made a first senior appearance for Tokushima Vortis in the 2010 season, the gifted Forward has got 5 league goals in this J1 League 2021 campaign to date from a total of 18 appearances.

While we have made these predictions for Vissel Kobe v Avispa Fukuoka for this match preview with the best of intentions, no profits are guaranteed. Always gamble responsibly, and with what you can afford to lose.