Return to this page a few days before the scheduled game when this expired prediction will be updated with our full preview and tips for the next match between these teams.
Full-Time Result Prediction
👉
Ayr United to Win

Ayr United enter this fixture after a 2-2 Championship drawn match versus Alloa Athletic.

The only name on the scoresheet from Ayr United was Tom Walsh (15'). Innes Cameron (31'), Lucas Williamson (46') and Jon Robertson (76' Own goal) scored for Alloa Athletic.

David Hopkin's Ayr United have managed to score 8 times over their preceding half-dozen outings. The comparative number of goals that have been scored against them in those same games amounts to 6.

Following on from being beaten in their last game against East Fife in League One competition, Clyde will be hoping to turn things around here.

Danny Denholm (4') was the scorer for East Fife.

Indicating their penchant for action-packed matches, goals have been scored 22 times in the last six matches in which Clyde have taken to the field, making it a mean average of 3.67 goals each meeting. Their opponents have got 12 of those goals.

Looking at their most recent head-to-head clashes going back to 01/11/2003 shows us that Ayr United have won 2 of these & Clyde 1, with the tally of drawn matches being 3.

20 goals were scored between the two sides during those clashes, with 12 of them from The Honest Men and 8 created by The Bully Wee. This gives an average number of goals per game equal to 3.33.

Clyde boss Danny Lennon has not got a full squad to pick from. David Goodwillie (Knock) and Tom Lang (Head Injury) are not ready for selection.

We’ve got the feeling that Ayr United will most probably be able to create a decent number of chances and shots on target.

At the same time, Clyde might well find it a difficult task to score themselves but we do fancy them seeing enough of the ball to score, too.

Therefore, we are anticipating a decent 3-1 win for Ayr United at the conclusion of the game. 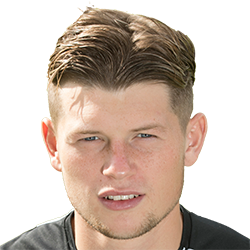 Mostly played in the Striker position, Cammy Smith was born in Aberdeen, Scotland. Having played his first senior match for Aberdeen in the 2011 - 2012 season, the talented Forward has hit 6 league goals in this Championship 2020 - 2021 campaign to date in 20 appearances.

While we have made these predictions for Ayr United v Clyde for this match preview with the best of intentions, no profits are guaranteed. Always gamble responsibly, and with what you can afford to lose.