FC Zwolle are going up against away team AZ at MAC³PARK Stadion in the Eredivisie game on Saturday.

To see all of our predictions, user poll & stats for FC Zwolle v AZ, scroll down - as well as up-to-date odds.

FC Zwolle will be looking for a repeat result of the 0-2 Eredivisie success against ADO Den Haag.

John Stegeman's FC Zwolle have scored 6 times in their preceding six outings. Conversely, the tally of goals that have been scored against them in that same time stands at 9.

In the game prior to this, AZ drew 2-2 in the Eredivisie match with FC Utrecht.

Illustrating their fondness for eventful matches, we’ve seen goals 26 times in the previous six games in which AZ have taken to the pitch, giving a mean average of 4.33 goals each meeting. Opposing teams have managed 11 of this grand total. Still, we will just have to wait and see if such a trend will continue on in this upcoming game.

Their previous form shows that AZ:

Looking at their prior head-to-head meetings going back to 06/05/2018 tells us that FC Zwolle have won 0 of them and AZ 3, with the number of drawn games being 3.

A combined total of 17 goals were produced between them in these games, with 3 of them from Blauwvingers and 14 created by AZ. That is an average goals per game value of 2.83.

The previous league game featuring the two was Eredivisie match day 2 on 19/09/2020 when it finished AZ 1-1 FC Zwolle.

FC Zwolle boss John Stegeman will be grateful not to have any fitness concerns at all before this clash owing to a fully healthy squad ready to go.

AZ manager Pascal Jansen has to contend with a number of unavailable players. Dani de Wit (Ankle Injury) and Jeremy Helmer (Leg Injury) are not ready for selection.

Our assessment is that FC Zwolle are capable enough to breach the defence of this AZ team, however a single goal might not be as many as the goals that they could concede.

We’ve gone for both teams to score in a 1-2 victory for AZ when all is said and done. Hopefully this is a good one. 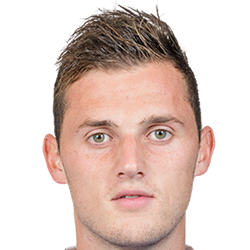 Typically taking to the field in the Centre Midfield position, Clint Leemans was born in Netherlands. Having played his first senior match for Jong PSV in the 2013 - 2014 season, the dangerous Midfielder has managed to score 3 league goals in this Eredivisie 2020 - 2021 season so far in a total of 11 appearances.

While we have made these predictions for FC Zwolle v AZ for this match preview with the best of intentions, no profits are guaranteed. Always gamble responsibly, and with what you can afford to lose. Best of luck.