NEC journey to AFAS Stadion on Saturday for the Eredivisie meeting with hosts AZ.

Our tips, poll and stats for AZ v NEC can all be found here (plus the best game odds).

AZ will be looking to improve on their last outing here following a 1-0 Eredivisie defeat last time out to Feyenoord.

In that match, AZ managed 48% possession and 9 attempts at goal with 3 on target. On the other side, Feyenoord had 20 shots on goal with 8 of them on target. Cyriel Dessers (92') scored for Feyenoord.

Pascal Jansen's AZ have hit the back of the net 11 times over their past 6 outings. The corresponding tally of goals that have been scored against them in those fixtures stands at 6.

Going into this contest, AZ are undefeated in their last 3 home league matches.

In their last fixture, NEC drew 1-1 in the Eredivisie tie with SC Heerenveen.

A sequence of reliable displays by the NEC defensive unit has seen their ‘goals against’ tally amounting to 4 from their last 6 outings combined. During the same time, their own attack force has managed to score 12. That pattern isn’t assured to follow through into this match, of course.

Coming into this clash, NEC are unbeaten in their previous 2 league matches away from home.

Looking at their most recent head to head clashes stretching back to 01/12/2013 shows us that AZ have won 2 of them & NEC 3, with the tally of drawn games standing at 1.

A combined sum of 21 goals were produced between them in this period, with 11 from AZ and 10 coming from NEC. That is an average goals per game value of 3.5.

The last league meeting featuring these sides was Eredivisie match day 33 on 07/05/2017 which ended up with the score at NEC 2-1 AZ.

The AZ manager Pascal Jansen has no fitness worries at all ahead of this game owing to a completely healthy squad ready to go.

Owing to a fully injury-free group ready to go, the NEC manager Rogier Meijer has zero fitness concerns to report before this game.

In this match, NEC could really find it hard to be getting goals against a AZ lineup who have all the attributes to boss most aspects of this game if it turns out as we expect.

We think that it’s going to be a commanding 3-0 winning scoreline for AZ when all is said and done. 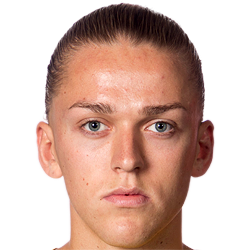 Customarily deployed in the Left Wing position, Jesper Karlsson was born in Sweden. Having made his senior debut playing for Falkenbergs FF in the 2016 season, the dangerous Forward has bagged 4 league goals in this Eredivisie 2021 - 2022 campaign to date from a total of 11 appearances.

We have made these AZ v NEC predictions for this match preview with the best intentions, but no profits are guaranteed. Please always gamble responsibly, only with money that you can afford to lose. Best of luck.