Scroll down to see all of the predictions, poll and statistics for AZ v Sparta Rotterdam (inc. the best betting odds).

AZ are hoping to win again after their last result, a 0-1 Eredivisie success versus Willem II.

AZ haven’t been able to stop scoring goals, finding the back of the net every time they’ve gone out to play in their last 6 matches.

They have totted up the amount of 16 during that period while also conceding a total of 6.

Looking at the pre-match facts, AZ:

Sparta Rotterdam come into this clash following a 3-2 Eredivisie win with the downing of FC Zwolle in their last fixture.

Over the course of 5 of the previous 6 clashes featuring Sparta Rotterdam, a notably low volume of goals have been scored between them and opposing teams. The overall average goals scored per game within that spell is a meagre 2.33, with the average goals for Kasteelheren equalling 1.33. Putting that to one side, it remains to be seen whether such a trend shall be sustained in this next match or not.

Heading into this fixture, Sparta Rotterdam are undefeated in their last 3 league matches away from home.

Looking over their past head to head meetings dating back to 21/01/2017 tells us that AZ have won 3 of them and Sparta Rotterdam 1, with the tally of draws being 2.

The previous league encounter featuring the two was Eredivisie match day 4 on 04/10/2020 when the final score was Sparta Rotterdam 4-4 AZ.

Due to a mostly available group of players, there’s just the one fitness worry for the Sparta Rotterdam manager Henk Fräser to contend with. Bart Vriends (Unknown Injury) won’t be in action.

We envisage that Sparta Rotterdam will surely be able to get a goal against this AZ lineup, although it probably won’t quite be enough to prevent defeat.

We’re expecting a 2-1 winning score for AZ after 90 minutes. It really should be an interesting one. 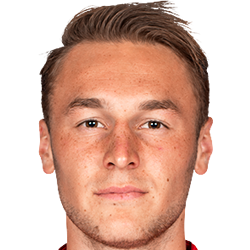 Regularly playing in the Centre Midfield position, Teun Koopmeiners was born in Amsterdam, Netherlands. Having played his first senior match for Jong AZ in the 2017 - 2018 season, the accomplished Midfielder has contributed 15 league goals in this Eredivisie 2020 - 2021 season to date from a total of 28 appearances.

While we have made these predictions for AZ v Sparta Rotterdam for this match preview with the best of intentions, no profits are guaranteed. Always gamble responsibly, and with what you can afford to lose.