The AZ v FC Utrecht live stream video is scheduled for 06/02/2023. Supporters of the teams can watch this clash on a live streaming service if this match is featured in the schedule referenced above. Here we give helpful information for watching this KNVB Beker game including the most recent team form, h2h meetings and our game tips.

To watch the game using other ways, search for TV channel schedules relating to your locality. These broadcasting rights are often granted on a per-competition/league or even single game arrangement basis. For games shown live on regional television programmes, check the listings on channels such as BT Sport, Amazon Prime Video, Sky Sports, Now TV, iTV, Canal+, Fox Soccer, ESPN relevant to your location.

Where the abovementioned broadcaster has the rights to the AZ v FC Utrecht soccer live streaming service, you’ll be able to view it on your mobile (iPhone, Android including Xiaomi) and computer as well as tablet (eg iPad, Alba).

After the match finishes, we may also provide a link to match highlights from time to time. We are not responsible for transmitting any match video content linked to from here. All legal issues must be dealt with via the hosters/owners of such content.

FC Utrecht go into battle on Tuesday as they ready themselves for this KNVB Beker fixture versus AZ.

AZ head into this fixture coming off the back of a 1-1 Eredivisie stalemate versus FC Volendam.

The only name on the scoresheet from AZ was Jens Odgaard (83'). Xavier Mbuyamba (62') was the scorer for FC Volendam.

AZ have been unlocking defences at will recently, hitting 19 goals past the opposition during the course of the last six outings. In those games, AZ have also seen the tally of goals that have gone against them total 9.

FC Utrecht will go into the encounter following a 1-0 Eredivisie win versus SC Heerenveen in their most recent fixture.

The only player to score from FC Utrecht was Tasos Douvikas (69').

Illustrating their partiality to fruitful matches, we’ve had goals 22 times in the prior 6 games in which FC Utrecht have taken to the field, yielding a mean average of 3.67 goals per fixture. Their opponents have hit 10 of this grand total. That sort of trend isn’t assured to be carried forward into this next game, of course.

A lot of goals were also scored during this period, 28 overall at an average of 4.67 goals per match.

The previous league meeting featuring these clubs was Eredivisie match day 19 on 28/01/2023 which ended up with the score at AZ 5-5 FC Utrecht.

When taking all factors into account, AZ should create enough chances to score more than one against FC Utrecht, who may well struggle to break down their defence.

We reckon that it will be a comfortable 2-0 margin for AZ at the end of this one. 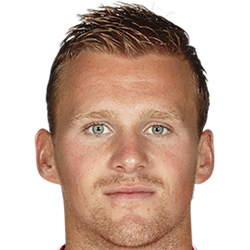 Mostly played in the Central Attacking Midfielder position, Dani de Wit was born in Hoorn, Netherlands. Having made a first senior appearance for Jong Ajax in the 2016 - 2017 season, the dangerous Midfielder has netted 5 league goals in the Eredivisie 2022 - 2023 season to date in 15 appearances.

We have made these AZ v FC Utrecht predictions for this match preview with the best intentions, but no profits are guaranteed. Please always gamble responsibly, only with money that you can afford to lose. Good luck!

⚽️ Where can I get the tips for other KNVB Beker matches?

You can see all of our upcoming (and previous) KNVB Beker predictions & previews here.