Cuiabá will be visiting Arena Fonte Nova on Sunday for the Serie A clash with home team Bahia.

Our predictions, user poll and statistics for Bahia v Cuiabá can be found here - plus the latest match odds.

Bahia won’t want a repeat of their last result here following the 1-0 Serie A losing effort in their last game against Sport Recife.

A recurring trait of more recent Bahia games is the number of results with a nil in them.

From their previous sextet of matches before this one, in as many as 5 of them a wager on "Both Teams to Score" would have been a loser. Putting that to one side, we’ll just have to find out if the trend might be replicated in this match or not.

Cuiabá will go into this encounter following on from a 1-0 Serie A win as they beat Internacional in their most recent game.

In that game, Cuiabá had 49% possession and 21 attempts at goal with 5 on target. The only player on the scoresheet for Cuiabá was Élton (69'). On the other side, Internacional got 11 attempts on goal with 4 on target.

In the course of their six most recent matches, Jorge Jorginho's Cuiabá have fired home 5 times - yielding them a goals per game average of 0.83.

Going into this contest, Cuiabá haven’t won away from home in the past 6 matches in the league.

The previous league meeting between these sides was Serie A match day 15 on 08/08/2021 when it finished Cuiabá 1-1 Bahia.

On the other side, Bahia had 9 attempts on goal with 4 of them on target. Rodriguinho (26') scored.

The referee was Heber Roberto Lopes.

The Bahia manager Guto Ferreira will be grateful to have no fitness worries whatsoever coming into this game owing to a fully injury-free squad available for selection.

Owing to a fully injury-free squad available to select from, the Cuiabá manager Jorge Jorginho has no fitness concerns to speak of ahead of this game.

When taking all factors into account, Bahia are likely to dominate on the ball and be rewarded with decent chances.

In contrast, Cuiabá won’t find it easy to score a goal of their own although we do think that they will probably end up getting enough chances to score, too. 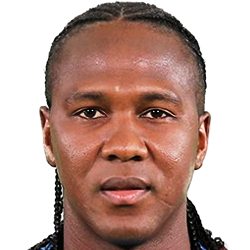 Normally playing in the Striker position, Hugo Rodallega was born in El Carmelo, Colombia. After having made a senior debut playing for Monterrey in the 2005 - 2006 season, the goalscoring Forward has managed 5 league goals in the Série A 2021 season so far in 15 appearances.

While we have made these predictions for Bahia v Cuiabá for this match preview with the best of intentions, no profits are guaranteed. Always gamble responsibly, and with what you can afford to lose. Good luck!