Bahia will take to the pitch with the visiting Grêmio at Arena Fonte Nova in this Serie A game on Friday.

View all of the Bahia v Grêmio predictions, poll and stats below - along with the latest match odds.

Bahia prepare for this fixture coming off the back of a 0-0 Serie A drawn result vs Cuiabá.

Bahia have been quite ineffective in attack of late. Their goals record equals just 2 vs opponents during their last six matches. In those meetings, Bahia have also seen the tally of goals that have gone against them total 5. Still, we will just have to wait and see whether the trend shall persist here in this match.

Taking a look at their past results, Bahia:

In their previous game, Grêmio drew 2-2 in the Serie A tie with Flamengo.

Vágner Mancini's Grêmio have fired home a total of 10 times in the course of their latest 6 matches. The overall goals that they have conceded during the equivalent period adds up to 7.

Checking on their past head to head clashes dating back to 07/10/2018 shows that Bahia have won 2 of them & Grêmio 3, with the tally of drawn results being 1.

A total of 13 goals were yielded between them in this period, with 5 of them from Tricolor de Aço and 8 for Tricolor dos Pampas. That is an average goals per game value of 2.17.

The last league meeting between these sides was Serie A match day 17 on 21/08/2021 which finished with the scoreline of Grêmio 2-0 Bahia.

At the other end, Bahia got 9 attempts on goal with 3 on target.

The Bahia boss Guto Ferreira does not have any fitness worries to speak of ahead of this clash owing to a fully healthy group to choose from.

Thanks to a fully healthy squad to choose from, the Grêmio boss Vágner Mancini does not have any fitness worries to report before this clash.

We are of the inclination to think that Grêmio and Bahia could well both score and end up finding themselves in a fairly even game here.

Will be interesting to see how this one goes, with a good chance of a draw. We therefore see a hard-fought 1-1 score draw at the end of the match. 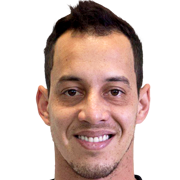 Normally used in the Central Attacking Midfielder position, Rodriguinho was born in Brazil. After making a first senior appearance for América Mineiro in the 2011 season, the accomplished Midfielder has bagged 3 league goals in this Série A 2021 campaign so far from a total of 29 appearances.

We have made these Bahia v Grêmio predictions for this match preview with the best intentions, but no profits are guaranteed. Please always gamble responsibly, only with money that you can afford to lose. Best of luck with your selections.