Sport Recife will host visiting team Bahia at Estádio Adelmar da Costa Carvalho in the Serie A fixture on Friday.

Our Sport Recife v Bahia predictions, statistics and match poll can be seen below - along with the latest match odds.

Sport Recife will be wanting a better result here following a 2-1 Serie A loss in their previous game against Ceará.

Coming into this meeting, Sport Recife are unbeaten in the league by Bahia in their last 3 matches.

After tasting defeat last time out to Flamengo in Serie A action, Bahia and their travelling supporters will be hoping that they can get a better result in this one.

A series of steadfast showings by the Bahia defence has resulted in their ‘goals against’ tally standing at 4 from their last 6 fixtures in total. In that period, their own attack force has managed to score 5. We will just have to see if that trend will end up being continued on in this game.

Analysis of their past results shows that Bahia:

Looking over their past head-to-head meetings going back to 19/11/2017 shows us that Sport Recife have won 5 of these and Bahia 1, with the tally of drawn games standing at 0.

A total of 11 goals were produced between them in this period, with 8 of them for Leão da Ilha and 3 for Tricolor de Aço. That’s an average goals per game figure of 1.83.

The previous league encounter featuring these clubs was Serie A match day 14 on 01/08/2021 which ended up with the score at Bahia 0-1 Sport Recife.

On that day, Bahia managed 60% possession and 21 attempts on goal with 4 of them on target.

For their opponents, Sport Recife had 8 attempts on goal with 2 of them on target. Mikael (89') scored.

The Sport Recife boss Gustavo Florentín has no fitness worries at all before this clash thanks to a completely injury-free squad ready to go.

Owing to a fully injury-free group available to select from, the Bahia manager Guto Ferreira does not have any fitness worries whatsoever coming into this clash.

When taking all factors into account, Bahia and Sport Recife are probably both going to find scoring goals difficult here.

Little in this one, and it’s almost too close to call. We’re therefore anticipating a very even match with a 0-0 score at the end of this one. 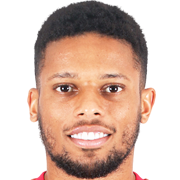 Regularly taking up the Striker position, André was born in Cabo Frio, Brazil. After having made a senior debut playing for Santos in the 2009 season, the accomplished Forward has accumulated 2 league goals in the Série A 2021 campaign so far from a total of 20 appearances.

We have made these Sport Recife v Bahia predictions for this match preview with the best intentions, but no profits are guaranteed. Please always gamble responsibly, only with money that you can afford to lose. Best of luck with your selections.